An excerpt from On Medicine as Colonialism.

For about seventeen years, from 1991 until 2008, I lived in little Scituate, Rhode Island, where I practiced family medicine, and for about eleven of those seventeen years, I practiced out of the basement of my house. It was an older style of primary care, a style that started to die out by the 1960s and was almost completely gone by 2000. Once upon a time, when we had local banks that lent money to local people who wanted to buy a house or a business, when we had local pharmacies that might open at night to dispense a prescription to someone seriously ill, when we had local newsstands and local newspapers, we also had family doctors who lived in the communities they served and who employed local people to work in those practices. A few local people. Usually very few. Maybe one or two, back in the days before Medicare and its bureaucracy, Medicaid and its bureaucracy, health insurance and its bureaucracy. Way back in history, before electronic medical records and doctors who looked at screens instead of you (so, before 2009)—because way back in history, family doctors didn’t need so many people working for them, since the practice of medicine in general, and the practice of medical billing in particular, was so much simpler. Family doctors didn’t generate lots of economic activity, so we didn’t take much money out of communities, and because we tended to live in or near the communities we served, we supported each community economically as well as with health care services, once upon a time.

Now I have several colleagues who practice primary care in community health centers in one community. And drive off at night in their Teslas to gated communities or to wealthy enclaves—and send their children to private schools. That’s one kind of colonialism to be sure, what might be called primary care colonialism. But that behavior, increasingly common, doesn’t exhaust the way primary care and colonialism intersect.

Now, of course, even primary care has become a huge economic engine, one that creates cash flow and generates profits. Now there are a number of primary care corporations that are funded by venture capital, private equity, and hedge funds and that are traded on major stock exchanges and have market capitalizations of a billion dollars or more: Oak Street Health, $14 billion; ChenMed, $7.4 billion; 1Life Healthcare, $4.75 billion, which just bought Iora Health for $2.3 billion. (The clinic chain 1Life Healthcare, which became One Medical, was acquired by Amazon in July of 2022 for $4 billion.) CVS bought MinuteClinic in 2006 for an estimated $160 million, but it’s hard to know how much of CVS’s $109 billion market cap is due to MinuteClinic, how much is from its five-thousand-plus retail pharmacies, and how much is from its pharmaceutical benefits management and other businesses. And there are four or five other retail pharmacy-based clinic chains that have significant value, value based on the resources those clinics mine in every community in the US. Those resources often leave their communities as profit—although they do leave behind the salaries of clerks, receptionists, nurse-practitioners, and sometimes pharmacists and primary care physicians, depending on the business model of each particular operation.

You wouldn’t think who supplies primary care services would matter very much: a throat culture is a throat culture, regardless of who obtains it, and an antibiotic for a urinary tract infection is an antibiotic, and a flu shot is a flu shot. Except it does matter, and it matters tremendously both for the public health and for the dense web of relationships that holds families and communities together.

When we look at what has happened to primary care, we see medical colonialism in a new light: as a process that denudes communities of the rich fabric of relationships that communities need to sustain themselves, and even of the interactive process that we understand to be democracy. Colonialism takes more than money from a place. It removes relationships that are worth far more than money at the end of the day. History and identity reside in those relationships, which are necessary if each community is to see itself as a valuable and meaningful place to live, a place with a unique identity and a reason for its people to be connected to one another into the future.

Is this the primary care we want? The health care and medicine we want? Isn’t it time to change it from the bottom up?

Michael Fine is a family physician and author of On Medicine as Colonialism.

The hidden link between soft skills and patient safety 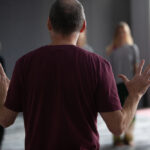 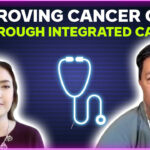