The luridness of it made me feel like the female lead in a bad Lifetime movie. The person whom I trusted most was a monster: an affair with a middle-aged prostitute who verbally abused me, an Ashley Madison account, and countless payments to sex workers – those were the tip of the repulsive iceberg that was my relationship.

And sadly, these were the least of my problems. My once-kind then-partner’s face was a perpetual mask of coldness during our final year together; his eyes hardened into dark slits that angrily targeted the slightest infraction that I committed: passing cups of hot tea to him “the wrong way,” for example. A seemingly unending battery of criticism and small cruelties became my existence. There were endless comments on my undesirable body and my dull interests. “Say sorry to me like you mean it!” became a regular refrain. I would have loved it if he had given me a card saying, “I love you, I’m lucky to have you,” for my birthday that year. I didn’t even want a gift. But I received neither a card nor a gift. Just a hastily arranged evening out with many snide remarks on how burdensome it was.

Fearing his unpredictable ire, I became a shell of myself and retreated into apprehensive compliance. My confidence plummeted. “I am not beautiful; I am uninteresting; I am annoying. Who would want me?” raced daily among my thoughts.

A final act of violence against me: pushed down on my back, his hands around my throat. Kicking frantically to escape, tears in my eyes, terrified that he might kill me, silently begging not to die.

I did not die. I compartmentalized and minimized, refusing to think about it during the day.

But I couldn’t stop the recurring nightmares, all ending with my death at his hands and me waking up screaming.

I freely disclosed his infidelity but hid his abuse when I left him. Clinicians asked, “Do you feel safe?” I dismissed them. Only when a very dear friend, himself a practicing physician, explicitly asked, “Was there abuse?” did I haltingly admit to what had actually happened to me. I’d never before seen that look of pure revulsion on that man’s face as his eyes widened, and he said gently but gravely, “Chloe. That is abuse.”

Why did I say nothing? Because I was afraid. Not only of my then-partner but also of the magnitude of my own distress – I had seen worse clinically; was I overreacting? Having a physician validate that this was, indeed, an abusive situation helped enormously.

But more than anything, I was silent because I was deeply ashamed and humiliated. As an aspiring psychiatrist, I questioned my character judgment (how did I end up with a misogynistic abuser?), and wondered if I ought to have known better. I worried that my colleagues would deem me unfit to care for patients. And I thought that this was not supposed to happen to women like me.

But intimate partner violence crosses all boundaries, and women in medicine are by no means immune to it. IPV experienced by physicians is seldom acknowledged. The scant existing literature reports a prevalence of 6 to 24 percent, with women comprising the majority of victims.

Barriers to physicians reporting IPV include a sense of professional failure at becoming a victim, stigma and shame, and lack of confidentiality, especially if the abusive partner is also a physician. A UK study on domestic abuse experienced by female physicians identified further barriers that delay help-seeking, including being dismissed under the misguided perception that IPV does not happen to physicians or the abusive partner either weaponizing the victim’s mental health or inappropriately labeling the victim as mentally ill and the ensuing professional ramifications. In fact, my former partner employed the latter tactic against me in an effort to discredit me.

And so, I, and many women like me, remained silent, fearing judgment and constantly questioning ourselves: asking whether we are desirable partners and competent clinicians. Unfortunately, silence enables and emboldens abusers.

The lethality of our IPV experiences cannot be overemphasized: the evidence shows that the odds of homicide increase by 750 percent when a woman’s partner puts their hands around her throat. In 2016, Dr. Elana Fric, a respected Canadian physician, was beaten brutally and strangled to death by her husband, also a physician, upon serving him divorce papers after a 12-year marriage marked by his infidelity and emotional and physical abuse. On reading that chilling account, I felt fortunate to be alive.

When I took the plunge into vulnerability and began sharing my story openly, other female providers shared their traumas with me. One told me of an ex-husband who would throw things at her; another revealed her experience with emotional abuse and infidelity and relayed yet another female physician’s physical abuse by her ex-husband.

Although I am not glad to hear that other women have experienced similar marital betrayals and abuse, I felt less isolated when I realized that there are other women in medicine like me.

One of the best things that anyone could have said to me in helping me disclose the abuse came from that wonderful physician friend: “What do you need from me right now? Do you need me to tell you what I think, or do you need me to listen?” I realized then that there were people who cared about me without judging me, and I did have the support that I desperately needed. I believe it may have helped save my life.

And now, I refuse to remain silent. 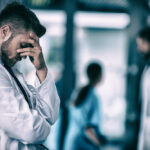 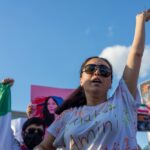 It can happen to you too: Women in medicine also experience domestic abuse
2 comments