A 23-year-old girl reached out to me, a medical professional, seeking advice. “I’m not afraid of them killing me,” she said, referring to the torture and rape that men and women endure in Iranian prisons. “What I’m afraid of is what they’ll do to me in captivity. What pill can I take to end it [if I’m caught at the protests]?” As a physician, my oath is to save lives, but in this situation, saving a life could mean giving a 23-year-old advice on how to commit suicide. I took a deep breath and cried.

The largest women’s rights movement of our century is currently happening in Iran. It began with the brutal murder of Jina Amini, a 22-year-old Kurdish-Iranian woman, by the morality police. Amini was beaten into a coma for “inappropriately” wearing her hijab and died two days later. This event became a turning point in Iran, where women and men were no longer willing to tolerate the violence of their oppressors. Many people think the movement is only about wearing a hijab, but it’s about much more than that.

Why have Iranians risen against their government? Iranians have a “Westernized” way of thinking. Before the 1979 Islamic Revolution, which brought the dictator Khomeini to power, women had many of the same freedoms as men. Under Khomeini’s rule, however, the regime’s focus became the destruction of human rights and the targeted oppression of women. Suddenly, it became illegal to listen to music, dance, sing, go to concerts, or enjoy any of the simple pleasures in life. Women were not allowed to show their skin or hair, ride a bicycle, or attend sporting events. They lost all legal custody rights to their children, the ability to divorce, and the ability to travel abroad without the approval of their husband or father. They became prisoners of their gender, forced to live under a conservatorship. Furthermore, participating in these “illegal” activities became punishable by lashes, imprisonment, and/or death by execution, with imprisonment involving the most heinous forms of punishment including endless solitary confinement, torture, and rape.

The brutality of the regime is unimaginable. Under their rule, it is illegal to execute a virgin girl. Therefore, she is raped the night before her execution. In an interview with The Jerusalem Post, a Revolutionary Guard said, “I could tell that the girls were more afraid of [that] night than of the execution that awaited them. [During the rape], they would always fight back. By [the] morning, the girls would have an empty expression; it seemed like they were ready or wanted to die.”

The Supreme Leader’s theological text, “Tahrir Al-Wasilah,” condones and promotes horrifying acts, including pedophilia. It explains which sexual acts can and cannot be performed on a girl prior to the age of nine. Studying this text is mandated and tested prior to entry into university. Fortunately, the liberal mentality of the parents of these youth has mostly prevented the regime’s attempt at brainwashing them.

Soon after the Revolution of 1979, the government executed 30,000 people. Those executions have continued over the past 43 years, with at least one prisoner being executed per day. These prisoners include artists, journalists, athletes, lawyers, and activists who have spoken out against the regime. The Iranian people are captives in their own country, and the Islamic Republic has been killing and emigrating the most brilliant minds in a failed attempt to prevent the possibility of a successful revolution.

What has been happening in Iran during this women’s rights movement? Iranians, particularly those in their teens to 30s, have been peacefully protesting. The bravery of the youth has been deeply inspirational, particularly as the Islamic Republic has been attempting to silence them using brutal measures, including poisoning their food and water, committing genocides of ethnic minorities using machine guns, shooting protestors with pellets (specifically aiming to blind them), shooting women in the breast and genitals as a form of inhumane humiliation, driving military vehicles over protestors, and abducting, raping, and killing them. The regime has already killed over 500 individuals (including 69 children) and has imprisoned over 18,000. Many of those released are dying within 48 hours due to intentional overdoses of intravenous acetaminophen, which is administered prior to discharge. These deaths are being documented as “death by suicide.”

In prison, captives endure the most atrocious forms of torture imaginable, including the regime’s egregious use of rape as a power tool to subdue their victims. This crime is being committed indiscriminate of gender or sex. One teenage boy stated that he and his friends were electrocuted and raped for protesting. Nikka Shahkarami, a queer 16-year-old girl, was captured and endured similar torture and violation at the hands of the regime for 10 days before being thrown off a building to her death. Her funeral fell on the day of her 17th birthday.

The brutality of this regime continuously evolves in horrific ways. They have begun public executions of protestors by hanging. Two 23-year-old men were executed just last week. Individuals such as Dr. Aida Rostami, a physician with Doctors Without Borders, were abducted and tortured to death for treating wounded protestors. Her body was discovered with fractured extremities, a traumatic skull, and an empty eye socket. The regime claims she died in a car accident.

The Islamic Republic is committing major human rights violations, and reports of the 400+ recorded deaths fail to account for the regime’s acetaminophen overdoses and the “silent executions” that have been ongoing for decades. These have continued without acknowledgment or coverage. The death toll is also underestimated due to death threats received by victim’s families if they speak about their loved ones’ murder. This week, the mother of a 14-year-old girl, who was violated and murdered by the regime, was abducted soon after speaking up. She is still missing.

Montreh Tavakkoli is a hematology-oncology fellow.

It can happen to you too: Women in medicine also experience domestic abuse 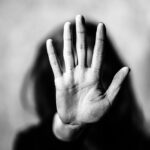 Reflections from a (former) self-compassion and boundary setting skeptic 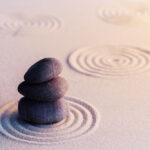