Who among us as physicians and prescribers, not to mention the millions of families who have been affected and suffered deep personal loss due to the current crisis and record overdose deaths, regardless of whether the opioid was legally written or illicit.

Let’s take a step back in time and review. As physicians, how have we been duped? Now the CDC has come up with recent new guidelines on opioid prescribing as of November 3, 2022. They state that the previous guidelines were misapplied and now offer a much more enlightened guideline and new evidence.

Are we kidding ourselves? According to their summary, opioid prescriptions increased fourfold from 1999-2010, with a concomitant fourfold increase in opioid overdose deaths. Can we agree to talk about the record deaths this past year from both illicit fentanyl and prescription overdoses, which might lead to action and reduction of needless deaths?

In 1995, the FDA approved Purdue’s OxyContin. The FDA has acknowledged some culpability. I recently read that the commissioner later went to work for Purdue. Foxes always guard the hen house, right? I was detailed by a Purdue rep at that time and told him I would never prescribe this medication and never detail me again. I never wrote one prescription of this dangerously addicting medication (please, no credit even if I was a bit prescient).

Around the same time, a pain medicine physician came up with the idiotic idea of “pain as a fifth vital sign,” and who knows? I guess Big Pharma was behind this to strongly influence a massive campaign to influence the AMA, all specialty societies, and state medical boards. I always vehemently opposed this intrusion as an insult to my professional judgment and, frankly, my common sense.

Americans, at 4-4.4 percent of the world’s population, were consuming over 50 percent of narcotics, and I have heard as high as 80 to 90 percent now. Are Americans the only people in the world that have pain?

As a family physician who has also worked a fair amount in the ER, I continue to write narcotics, hopefully judiciously and with no reservation when terminal surgical and acute serious pain is involved. But we need a more robust medical, philosophical, and cultural discussion about pain in general. I have also prescribed the fentanyl patch for cancer patients in the past.

We always need to ask if Big Pharma, big corporations, and big special interests are pushing a message that could have serious unintended consequences for our patients.

I would encourage no outpatient long-acting opioids, similar to the CDC’s November 3, 2022 position, which I would encourage prescribers to read. I would allow fentanyl only in a hospital setting, if at all. More importantly, I encourage all prescribers, including my pain medicine colleagues, to really think through their actions. We do not have to be a nation that consumes this volume of narcotics and has lives shattered as a result.

Ronald A. Zent is a family physician.

The slippery slope of legal assisted suicide and euthanasia 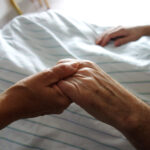 Why body type standards are misleading in assessing health [PODCAST] 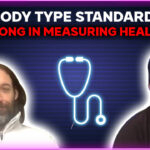 More by Ronald A. Zent, MD

How were we duped and what can we do about the opioid overdose crisis?
2 comments