During one of those early days in my career, one of my coworkers — a woman who worked in reception — approached me for help. Even then, I could recognize a look of desperation. It reminded me of the look I saw in my sister when all she could do to lessen the pain she had suffered for so long was to slide ineffective sole inserts into her shoes. Later, she would be diagnosed with rheumatoid arthritis. It was the characteristic look of utter powerlessness.

It turned out that my coworker had not approached me about herself. Her mother, who lived in California then, suffered from extreme and chronic pain. I sympathized since I had felt the same sense of helplessness as my sister. Apparently, her mother had not been able to find successful help for her condition. So, I asked her to have her mother come in for some tests to see if I could do anything. However, she could not fly her out to Florida, where my practice was located.

My immediate inclination was to say that I couldn’t do anything from three thousand miles away. But the thought of what my sister had gone through prior to her diagnosis prompted me to do otherwise. With some hesitation and misgivings, I agreed to “treat” her mother over the phone. I wanted to do something, even if it was just to listen to this woman’s frustration and concerns over the phone.

The woman started to describe every aspect of her excruciating symptoms immediately from the moment we connected on the phone. In a strange way, I couldn’t help feeling I was already treating her just by listening. She itemized the parade of physicians she had consulted in the past year. Emphatically, she lamented how not even one of them had made any difference when it came to mitigating the enormous pain she was suffering. I asked her if she had had a complete blood test panel and that, if not, she needed to have one done right away.

I carefully explained what areas in which to focus, such as the sedimentation rate in her blood. I explained in the simplest terms that the sedimentation rate in the blood, when elevated significantly, could be consistent with a diagnosis of polymyalgia rheumatica. Surprisingly, she seemed to receive my advice with excitement rather than concern. I have never heard anyone so overjoyed to learn they might have a disease!

The woman’s test returned positive, and the rest, as they say, is history. The final chapter in her nearly two-year battle against debilitating pain began with a phone call and the stroke of a pen. The proper analyses and a correct diagnosis made all the difference.

There is no cure for polymyalgia rheumatica.

Nevertheless, there are practical ways of detecting the disease in its early stages, managing its symptoms, and ultimately thriving, despite its onset, to enable a high quality of life with such a chronic disease.

When I spoke with my colleague’s mother, the concept of telemedicine was not a consideration in standard medical care. It would have seemed ludicrous among certain medical opinions. The idea that a doctor could treat a patient without seeing them in person could have even been considered irresponsible. As recently as the 2010s, most health care providers refused to offer telemedicine visits due to liability concerns. There was significant fear of being sued if a patient was unhappy with their results or if confidential health information somehow leaked because communications were being conducted via phone or video.

It took the COVID-19 pandemic to change this attitude when the concern of patients in person for medical care could place them in danger. This is a change that many patients have welcomed enthusiastically. Since 2020, the use of telemedicine has skyrocketed by a whopping 1,500 percent among Medicaid patients alone. Adopting change is difficult, and this transition to acceptance of a major approach to health care is astounding.

Many patients feel they have greater access to health care now that every doctor’s visit does not necessarily involve physically traveling to a health care facility covered by their insurance during business hours. Patients with mobility challenges and those struggling with getting time off work, procuring childcare, or being unable to cover transportation costs have benefitted particularly.

I recently had a patient complain to me about the difficulty she was having in obtaining mental health treatment. The mental health providers covered by her insurance did not offer telemedicine, and the nearest office her insurance covered was a 40-minute commute from her home.

“I must take three hours out of my week for a one-hour therapist visit,” she complained. “I do not know how I am supposed to do that on top of work and family responsibilities.” Her previous insurance, she explained, had covered a therapist who offered telemedicine. As a result, she was able to have therapy sessions for just an hour per week at her home. Since changing insurance policies, she has not seen a therapist in eight months.

While every doctor knows there are cases where a patient needs to be seen in person to rule out life-threatening conditions, in practice, the vast majority of doctor’s visits do not fall into this category. Which would we rather have: patients being seen via a video call at the right time to be seen but where we cannot physically perform specific tests in real-time or not being seen by the appropriate care provider for a prolonged period because getting to the doctor is too challenging?

I don’t pretend to say that the answer is straightforward. It isn’t. But I am glad for this change in expanding the coverage available, particularly in light of the challenges to medical access in this country. Likely, the answer will be found in further defining the proper use for telemedicine and the controls for its appropriate use to prevent over-reaches and abuse of this flexibility. Technological advances in communication, bio-analytics, digital biometrics, bio-scanning, and other innovations will make medicine at a distance feel less and less science fiction and more routine.

Let’s focus more on caring, rather than coding [PODCAST] 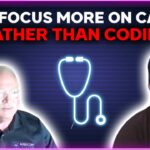 Having a great CV is not enough: Start building your portfolio 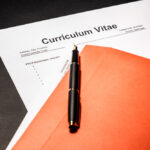