My mom is putting garlic oil in her ears because her house cleaner told her it would help with her recent hearing loss. When I asked her why she was continuing to do this even after being assessed by two physicians, including an ear, nose, and throat specialist, she just shrugged and told me she wants to fix the problem.

You see, she has recently been through a difficult six months where she suffered from an undiagnosed cough. The cough started as only being present at night and intermittently, but it progressed to a daily cough that was so bad she couldn’t even speak a full sentence without breaking into lengthy fits. At its worst, it stopped her from socializing and doing the activities that she normally enjoyed.

To investigate her symptoms, my mom had a CT scan of her chest which showed clear lungs, as well as normal spirometry results. Because there was no apparent reason for her cough in her lungs, it was believed that she likely had one of the common causes of benign chronic cough, such as reflux or post-nasal drip. She then started a daily regimen of frequent nasal flushing, using various nasal sprays and inhalers, taking multiple acid-lowering medications, and some prokinetics, none of which seemed to help. She saw specialists in respiratory medicine, ear, nose, and throat, and gastroenterology, but they were unable to provide a clear explanation for her symptoms. They made some adjustments to her medication regimen without any benefit, leaving her to her own devices to manage her distressing symptoms. She became somewhat of a self-taught doctor, altering the dosing and timing of her medications. She also asked anyone she knew for suggestions on how to eliminate a cough, or what their cousin’s great-aunt did to fix their cough, and tried any recommendations she received.

Did I mention that on her initial scan, they also noted some incidental nonspecific sclerotic lesions in a few spots in her bones? It wasn’t until her repeat scan showed progression of those bony lesions and she had a follow-up bone biopsy that the picture became clearer. We were dealing with bone metastasis from a remote 15-year-old breast cancer diagnosis. Her respiratory specialist was unconvinced, but her oncologist thought the cough could be related to the bone metastases, and in fact, her cough dramatically improved with the start of her cancer treatment. It’s hard to say for sure, but something related to the cancer in the bones was most certainly contributing to her cough.

Now, she is on treatment for her metastatic breast cancer and feeling better, but she recently experienced an acute hearing loss with some tinnitus. She has seen two specialists for this issue, but so far, no one is sure why this has happened. She has tried antibiotics and sprays prescribed by her physicians, but she still cannot hear as well as she could just a few weeks ago. Given everything she has been through, including the lack of answers, lack of control, and suffering with unrelenting uncomfortable symptoms, as well as receiving a surprising and unwelcome diagnosis, I can understand why someone might be driven to the edge. Or even, perhaps, driven to the point of using garlic oil in their ears as a supposed remedy.

Mikel Segal is a physician and coach. 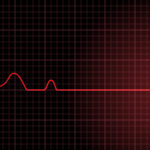 Why perfectionists in medicine need to practice compassion 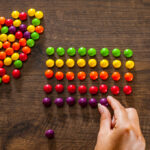 From cough to cancer: one woman’s determination to find answers and relief
1 comments