With yet another highly contagious COVID variant sweeping the East Coast, it’s never been more clear that we need a systems approach to reforming epidemiology in the U.S.  Several legislative approaches, including the PREVENT Pandemics Act and public health loan forgiveness, offer a promising start, but as a scientist who was on the ground during COVID, it is clear to me that much more is needed. Specifically,  the CDC, in particular, and epidemiology in general, must start acting less like an Ivy-league book club committed to scientific papers and more like Silicon Valley innovators.

At the start of the outbreak, in March 2020, I worked as a disease detective with the CDC. In the following year, I saw only two examples of functional crisis management teams, each operating according to the principles of tech start-ups. For instance, in Rochelle, New York, each day at 7 a.m., a project manager ran a daily “stand-up” – a brief, real-time, all-hands call common in software development – coordinating public health officials, emergency responders, and health care providers from 14 counties. He informed, re-directed resources, and inspired. He’d cut his teeth during 9/11 and knew the value of daily information sharing with all involved.

This was one of the very few examples I would see of efficient, nimble business practices incorporated into the crisis response. As public health professionals, we must teach the next generation how to research and act like tech start-ups,  swiftly scaling life-saving innovations. Three skills from software will be particularly urgent in the next health crisis.

1. Focus on the end-user. In the software engineering industry, the end-user is the most important stakeholder, and solutions and features are developed through frequent, continuous communication with them. The opposite is true of epidemiology, where a workforce of 8,600 scientists, most of whom live and work in Atlanta, rarely interact or communicate with the public. They train in academic institutions, far removed from the complexities of daily life in local communities. Federal and academic epidemiologists don’t get promoted for doing things quickly or explaining them in everyday language; they rise in the institutional hierarchy by publishing academic papers, staying in their lane, and falling in line. It’s no wonder that during the pandemic, epidemiologists quickly demonstrated their shortcomings in explaining complex concepts. Instead, we need to put the public, and safety responders, first by emphasizing their ideas and insights from the start of our training process.

2. Fail fast and often. In Silicon Valley, rapid failure, learning, and iteration are key. One is not measured by one’s failures but by what one learned through that process. In contrast, failing is synonymous with rejection and shame in academic epidemiology. While working with the CDC, I saw how this narrowness led to what futurists call “educated incapacity” – a condition when you know so much that you’re the last to recognize that things are changing. Whenever identifying data gaps and opportunities to improve, I was told such strategic thinking was outside my lane – and to focus on becoming more “mission-oriented,” shorthand for building on our current CDC-published evidence and self-identified strengths.

3. Create an egalitarian community. The non-hierarchy of tech allows those without a college degree to contribute equally and alongside senior engineers to create and build the future. In public health, educational hierarchies dictate decorum, communication, and who gets to create knowledge: the physician rules, and the PhD supports them. Everyone else falls neatly in line according to years of schooling.

During the pandemic, hierarchical expectations combined with an insular focus created experts unprepared to lead and a public health infrastructure unsuited to a swift response. Epidemiologists, by and large, lacked the street creed and capacity to persuade and communicate in layman’s terms across political divides; we, too, lacked the humility and savviness to work effectively with EMTs, fire, and police. Federal epidemiologists lacked the agility to learn from locals, identify and extract local best practices, and aggregate such best practices into useful national guidelines in near real-time.

To solve this problem, we need to find and promote people not biased by too much theoretical knowledge to be blinded into inaction – talent unhindered by what futurists call “educated incapacity.” One way to instill respect and egalitarianism is to implement a craft apprenticeship model in public health rather than an academic model. Future epidemiologists need to be embedded in the field throughout their training – not merely as part of a “capstone” course just before graduating. Many locals in the field are already experts in agility: dealing with diseases, consequential conflicts, and disruption, gaining tools transferrable from one crisis to the next. Living and working where the unexpected is expected build humility for one’s limited reach and appreciation for human and interprofessional interdependence. And start-up culture tells us we need just enough data to make the right decision now.

The field of epidemiology has taken incremental steps to improve. Academics have made strides to include patients and community voices. Public health practitioners have acknowledged their inexperience with financial management, business partnerships, and communicating in layman’s terms. A leading national foundation – the de Beaumont Foundation – has created a business course to fill these gaps. Proposed legislative efforts like the PREVENT Pandemics Act are also an important start to a more wide-ranging conversation on improving our entire system.

However, all these first steps, while critical,  are not enough. Incremental solutions perpetuate a systematic problem: the inability to recognize what’s really missing because the solution lies outside the public and medical sphere. Educated incapacity means that those who suffer from it cannot identify why a problem exists – or even that there is a problem at all. To overcome educated incapacity, we must change how we educate.

Henry Olaisen is an epidemiologist.

Why primary care physicians should be the quarterbacks in patient care 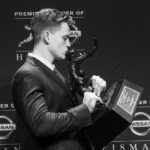 Cancer as a model of diversity: To be an ally, ask