‘This victory ensures that advance planning documents are legally enforceable and will be respected by doctors; if they are not, individuals can hold providers accountable for violating their health care decisions.”
– Greenberg decision, 2022

Dr. Gerald Greenberg was a New York dentist when in 2010, he was diagnosed with early-onset dementia. In 2011, he executed a living will stating the medical staff was to provide comfort measures only and no medical care that would prolong his life. In 2016, with advanced dementia and unable to recognize or communicate with his wife or children, he was admitted to the hospital with severe sepsis.

On November 4, 2016, in “direct contradiction of the notes in the medical records, Dr. Greenberg’s living will, the Medical Orders for Life-Sustaining Treatment (MOLST), and Ms. Greenberg’s verbal instructions, a doctor directed that decedent be treated with intravenous antibiotics and ordered a brain CT, chest X-ray, ECG, blood tests, and the administration of other medications that were not necessary to alleviate pain.”

His family filed a medical malpractice claim seeking damages for Dr. Greenberg’s pain and suffering. Had his living will and surrogate’s requests been respected, Dr. Greenberg would have passed peacefully within a few days but instead survived in pain for another month.  In 2022, the New York Supreme Court reversed a lower court’s dismissal saying, “a competent adult’s right to refuse medical treatment, even where refusal may result in death, is well established by case law.”

Dr. Greenberg’s case is one example of a wrongful prolongation of life lawsuit, and these cases are increasing. Providers should take note and beware. Advance directives give competent adult patients the right to accept or reject medical treatment and choose a surrogate to speak for them when they become incapacitated. This right was codified in 1990 when Congress passed the Patient Self-Determination Act, encouraging the creation of advance directives (living wills and choice of health care surrogate) before a person becomes incapacitated and unable to make their preferences known.

Medical providers have a duty to follow a legally executed advance directive or medical order such as a do not resuscitate (DNR) or MOLST. Doctors cannot override the patient’s wishes because they think they know what is best, later claiming they were acting in good faith. An adult with decisional capacity or their legal surrogate has the right to refuse even life-saving treatment. In 2021, the Alaska Supreme Court reversed the dismissal by a lower court in one such case, ruling that “good faith alone does not provide immunity for failure to comply with a health care surrogate’s instructions.”

If medical staff choose to ignore your wishes, you or your family may have a cause of action against the provider. Courts typically base damages on medical expenses from the time of the unwanted treatment to the eventual death of the patient. The pain and suffering the patient and family endure due to the doctor’s actions are the non-economic damages that are harder to quantify. Imagine the pain for a family forced to make the wrenching decision to remove life support from a loved one the patient never agreed to in the first place. Due to the psychological and emotional distress of the parties, many of these lawsuits never reach a jury.  In 2016, a similar case in Georgia, Doctors Hospital of Augusta v. Alicea, resulted in a million-dollar settlement. The Georgia Supreme Court ruled: “It is the will of the patient or her designated agent, and not the will of the health care provider, that controls.”

These precedent-setting cases are becoming more prevalent and have set a standard for courts in other states. Doctors and facilities no longer have automatic immunity shields because they ‘kept someone alive.” It is not always better to “err on the side of life,” especially when the advance directive and surrogate state otherwise. Sometimes, resuscitating someone, such as Dr. Greenberg, only increases suffering and prolongs a much-wanted death. “They made the end of his life horrible and painful and humiliating,” Elaine Greenberg said. “What’s the sense of having a living will if it’s not honored?” The law is becoming more evident; it is the hospital and doctor’s responsibility to check your advance directive, follow your stated wishes or your surrogate’s instructions, or be prepared to suffer the consequences.

Althea Halchuck is a patient advocate.

The vampire, phlebotomy, and advocating for my care 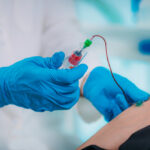 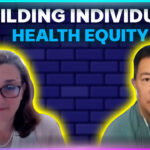 What’s the sense of having a living will if it’s not honored?
1 comments