Have you ever experienced brain fog? It’s one thing to reach for an extra coffee or reflect on the vagaries of age, but growing research shows that subjective cognitive decline (SCD) is a powerfully predictive indicator that many patients either dismiss or fail to report. About one in four people who experience SCD will have further declines – which can often be mitigated if patients report SCD to their health care providers. Yet fewer than half of individuals with SCD report their symptoms, even when they experience difficulties with daily functions. This costly hesitation reflects the persistent stigma associated with disability within the United States. In this instance, the prejudice may be fatal.

Disability stigma is far from new. Unfortunately, it has been more frequently filling headlines and newsfeeds and was weaponized to full effect during this last midterm election cycle, especially in anti-disability characterizations of now-Senator-elect John Fetterman’s “shaky” debate performance and a slew of challenges regarding President Biden’s cognitive competence. Notably, both men are open about their respective challenges. And with two recent presidents undergoing cognitive screens, calls are rising from both sides of the aisle to make their results public. However, this overt weaponization of cognition should never be acceptable political discourse.

Political rhetoric that exalts independence is rooted in implicit ableism, the long-held bias in favor of able-bodied individuals that casts physical, cognitive, and mental disabilities as flaws. Our political history offers a mirror into gradual shifts in these biases, from the ever-absent wheelchair of Franklin Delano Roosevelt to the now ubiquitous mobility devices used by high-profile electeds like Senator Tammy Duckworth and Governor Greg Abbott. While universal accessibility for individuals with disabilities has been the law of the land for decades, ableism remains fiercely pervasive for other, less-visible disabilities, especially with regard to cognitive health.

Public perception and overt discrimination against cognitive disabilities create an environment wherein stigma is a direct barrier to seeking health services. For individuals experiencing SCD, this stigma may be expressed through family members or may be self-directed, as internalized shame. Regardless of its source, it pushes persons with SCD into a disability “closet,” drastically reducing their chances of engaging in meaningful discussions with their health care providers during a critical diagnostic and treatment window.

Abundant research and practice recommendations note that early diagnosis of progressive cognitive decline (such as Alzheimer’s Disease) is critical for effective disease-modifying treatments. This window of time for optimal treatment initiation can begin before individuals objectively demonstrate impaired performance on cognitive exams, when SCD may be an isolated (yet predictive) sign of advancing cognitive decline. Any delay in discussing SCD (or not reporting it at all) delays vital treatment – often, to a point wherein this critical treatment window has closed.

To be sure, changes in function come with age, and cognition may be one of those changes. Without a doubt, all individuals, be they our politicians, colleagues, neighbors, or family members, need adequate cognitive ability to participate in their daily activities. However, people who experience SCD must be encouraged to come forward and report it without fear or stigma, as evidence proves SCD is an early, predictive indicator of a potentially life-changing diagnosis. Stigmatizing cognition deficits through an often vitriolic political and social climate and overt discrimination only serves to increase disability stigma and invalidate the experiences of many. As with every other area of health, SCD should be a discussion between an individual and their care providers – never the subject of public discrimination and shaming.

While political debates may continue to rage, it’s time to put an end to ableist rhetoric and recognize that conversations about cognition belong between an individual and their health care team. Beyond political and social divisions, we need to create respectful and appropriate dialog, confront our ableist biases, increase access to cognitive health care and supports, and enshrine protections into law to reduce discrimination against persons with cognitive disabilities. These changes are a part of our shared human experience; communicating about SCDs is a powerful “early warning system” that we ignore at our collective peril.

Steven Taylor is an occupational therapist. 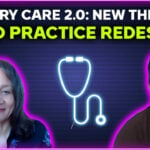