“Inflation hit 8.2 percent for the month of September.” The sound of the newscaster’s voice was grim.

Tuning into the nightly news, many Americans have become seasoned pseudo-economists. It has become common practice to crunch numbers to prepare next month’s budget as food, oil, and housing prices reach all-time highs. The ever-foreboding question of “Are we in a recession?” has become as frequent and a juxtaposition to the innocent pestering of children asking, “Are we there yet?” Sit tight. We’ll soon find out.

Nevertheless, Americans from many socioeconomic backgrounds are feeling the pinch. While volunteering at a local food pantry, we were able to talk to one patron, Cynthia, about the impact of the economy on her day-to-day life. Cynthia, a once proud soccer mom of three kids, was recently forced to take up a second job to make ends meet. This meant sacrificing healthy, home-cooked meals for an increased frequency of microwaved meals and fast food. Cynthia states she has never felt so vulnerable and defenseless against the economy – pushing her to unhealthy food alternatives for her family.

Cynthia is not alone. She is but an example of the millions of Americans faced with a double-edged sword: earn enough to buy food but not have the time to cook a nutritious meal. In addition, inflation has added yet another financial factor to eating out. Due to the rising costs faced by producers and consumers, producers have hiked their menu prices by nearly 8.5 percent when compared to September 2021. This has forced many consumers, like Cynthia, to seek cheaper dining experiences, which are ultimately more unhealthy.

While the economic effects of inflation are immediate and more tangible, its health effects are lingering in the dark, waiting for its curtain call. This is especially true as Americans are conservatively spending their money and spending a larger share of their income towards food, housing, and transportation – forgoing this year’s annual physical and skipping on medication refills. One of the most observable consequences of this will be the increasing prevalence of the gastrointestinal disease. Increased fast food consumption had a positive association with functional gastrointestinal disorders such as irritable bowel syndrome, constipation, and abdominal pain. The culprits? A diet low in fiber and vitamins. A study also indicated an increased relationship between a poor gut microbiome and processed foods found in many fast-food restaurants. This reality, unfortunately, faced by Cynthia and her children begs the question: what can be done?

The United States saw the largest year-over-year increase, nearly 13 percent, in grocery prices since 1979. With certain groceries fluctuating on a weekly basis, some Americans on a fixed income scramble to find the “most bang for their buck.” A potential solution to this can start with the producer. A study found that nearly 33 percent of food produced is wasted due to many reasons, including impaired distribution. One way to improve food security is by increasing funding to the Composting and Food Waste Reduction cooperative agreements. This would incentivize third-party farmers to deliver their produce to farmers’ markets while keeping market prices stable.

A healthy diet is the foundation of a wholesome lifestyle. While it is important to maintain a proper regimen, we must recognize that some people simply have exhausted their options. A government solution could ease the burden for many Americans, including Cynthia.

A rush to judgment on acetaminophen? 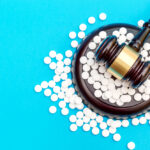 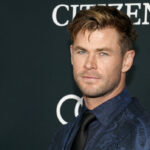