An excerpt from Patients in Peril: The Demise of Primary Care in America.

Unlike in many other countries, patients wanting to see specialists did not, at least until the last few decades, have to be referred by their primary care doctor. Specialists might have cared more about the absence of primary care if that meant the patient could not see them.

Starr explained how during and after World War II, “Students in medical school, like young doctors in the army, could see how general practitioners were treated. The universities generally did not want GPs to admit patients to affiliated hospitals. As the medical schools replaced part-time instructors with full-time professors from research backgrounds, they were also substituting new models of professional competence.”

Specialists were also noted to have a higher income than general practitioners, despite working fewer hours. Insurers paid more for physician visits in hospitals than in the office. Since the specialists were often hospital-based, this added to their income advantage over the GPs. At the same time, the hospitals were adding more residents in training, due to payments from the government that covered their cost and their role as cheap professional labor. Thus, the hospital-based specialists could be more productive as a result of the assistance from the residents, further adding to their higher income.

Studies showed that many students intending to become general practitioners switched to becoming a specialist during medical school. A study at Cornell in the 1950s reported that the proportion planning to become general practitioners dropped from 60% to 16% between the first and fourth years. The study’s authors attributed the change to the growing body of medical knowledge, quoting a student as writing, “I can see why specialization is the rage today. Medicine is so large now that a doctor doesn’t feel confident unless he knows at least one field extremely well, rather than a little about all subjects.” The decline continued. From 50% in the early 1960s the percentage of doctors doing primary care plummeted further to around 35% in 1975.

The 1960s saw an attempt to stem this decline with the development and strengthening of residency programs in primary care. The specialty of Family Medicine was started while General Pediatrics and General Internal Medicine were advertised as alternatives for those wanting more training but still wanting to be a patient’s personal physician.

In 1970 Congress mandated that graduate medical programs produce a majority of generalists. However, the legislation defined it as including all internists, family medicine and pediatricians in the first year of residency training ignoring the reality that many residents went into specialties later in training. As a result, while the legislative target was met, the actual result was the continued production of more specialists than PCPs.

Nor did these efforts reverse the income differential between specialists and primary care. The percentage of doctors opting for primary care stabilized but did not go up.

This percentage of American doctors doing primary care stayed around 35% from 1975 to 2007. More specific data from the American Medical Association showed slow further erosion as the percentage of primary care doctors dropped from 37.3% of doctors in 1970 to 32.3% in 1994.

The problem of decreased primary care has been noticed for decades. Almost thirty years ago, in a 1993 editorial, Dr. Jerome Kassirer, then editor-in-chief of the prestigious New England Journal of Medicine, commented, “In internal medicine, in particular, the generalist is becoming an endangered species. For nearly two decades, training programs in internal medicine have been producing more subspecialists than generalists.” Kassirer pointed out that in contrast to Canada, “In the United States, policies on education and training are the domain of a decentralized, loosely associated collection of organizations.” Kassirer noted that the goal was that at least 50% of those training in internal medicine should become primary care doctors but that this objective didn’t explain how that was to be achieved. Kassirer concluded, “If I were a program director … I would have no idea how to convince – or coerce – half of the graduating residents to pursue careers as generalists.”

The reduced number of primary care doctors didn’t improve in the next decade. In a 2004 NEJM article, Dr. Ruth-Maire Fincher wrote, “Several factors have contributed to the decreased interest in primary care: renumeration is lower than that for subspecialties…educational debt has increased, the demands of practice are often incompatible with the lifestyles that students desire, and physicians are frustrated by the hassles of medical practice.”

A 2005 report noted that the problem had worsened. In the prior five years, the number of US medical graduates matching in family medicine dropped 35%, while primary care internal medicine programs saw 33% fewer graduates entering the field. Another analysis surveying graduating residents in internal medicine in 2003 showed that only 27% planned to become generalists, compared to 57% choosing to become specialists.

Gregg Coodley is an internal medicine physician and author of Patients in Peril: The Demise of Primary Care in America. 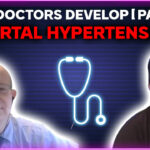 Physicians: Are we still the good guys? 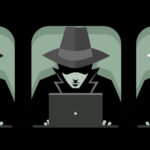