I just walked 120 km over five days on the South Downs Way along the southeast coast of the United Kingdom. It was a beautiful walk through the pastoral English countryside, culminating in the dramatic chalk cliffs near the coastal town of Eastbourne. While not a technically difficult walk, there were certainly enough hills to climb, high winds, and rainy days to make us ready for our evening pub dinners.

Walking is the most popular aerobic physical activity and one associated with improved mental and physical health.  et, despite its benefits, as people age, levels of physical activity tend to decrease. Women of all ages are less active than men.

Globally, about 32 percent of women are inactive compared to about 23 percent of men.

Four of us walked together, and as is our habit, we tracked our progress by map and phone. On the longest day, the days with the most ups and downs, we completed over 34,000 steps and 2,000 feet of climbing.

As a geriatrician, and researcher very interested in promoting equity for women and health and well-being with age, I took note of who we encountered each day.

During the weekdays, we passed a few people, but the majority of walkers were women and of older age. In contrast, almost all of those we saw on mountain bikes were men. Perhaps this is a reflection of gender norms even on the hills — where more men participated in more aggressive types of physical activity than women.

All physical activity is so important – especially as we age.

The WHO Global Status Report on Physical Activity 2022, released recently, identifies physical inactivity as a global health issue that requires immediate attention. They note inactivity is higher in high-income countries, likely due to more use of cars.

Physical activity, like walking, is so important that the WHO has created a target that aims to reduce physical inactivity internationally by 10 percent by 2025.

Physical inactivity is a risk factor for chronic conditions and impacts the quality of life. It is estimated that about eight percent of heart disease, depression, and dementia could be prevented if people were more active.

Walking is one of the simplest and most accessible ways to effectively increase our level of physical activity, though it is too often ignored. This matters for older people because, with age, individuals often accumulate not just one but often multiple chronic conditions.

We need to encourage more walking, especially for older women who experience chronic conditions from arthritis to dementia more commonly than men. Conditions that could be reduced or delayed through the health benefits of simply walking.

Walking can also be done outside, making it a particularly attractive way to connect with friends while minimizing the concerns around COVID-19.

Governments need to create policies and strategies to incentivize and normalize active transportation. Walking is not only a key form of exercise but also an alternative mode of transportation for short trips or as an add-on to public transit to avoid the need to drive. From improved and enhanced transit and sidewalks to more trailheads and public health campaigns – there’s plenty that every level of government can do to get older people walking.

Driving contributes to physical inactivity and negatively impacts mental health. Walking provides an opportunity to really see the world around you — things missed when you drive by in a car.

On our first day, while walking over a small bridge in the remote English countryside, we saw an animal swimming in the river below, its head just visible. We wondered if it could be an otter, thinking about Beatrix Potter and her stories of animals living in the U.K. countryside, although this did strike us as quite large.

That evening, we told our bed and breakfast host about the animal we saw. Her immediate response was that we must have seen “Gavin, the seal.” Gavin had garnered national attention via the BBC because he was found swimming in a river, far upstream in the countryside, where seals are just not expected.

Seeing Gavin gave us a lot to talk about and illustrated that when you walk, you not only get good exercise, you see things, even strange things like lost seals, that you would never see otherwise.

Paula Rochon is a geriatrician.

Lack of innovation is leading to disparities in diabetes care 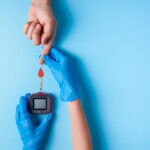 Enjoying the spirit of the holidays with fewer spirits 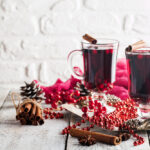