I see there has been yet another measles outbreak; at the time of writing, the count is 59 in central Ohio. All are either unvaccinated or not fully vaccinated. No doubt local pediatricians are being flooded with worried parents proffering their offspring for viewing with the statement, “Could this rash be measles, doctor?”

This certainly happened to me in 2019 when doing some primary care practice. That year experienced a massive resurgence of measles in the U.S., which had officially declared measles eliminated in 2000.

Fortunately, I have had extensive experience with measles, having trained initially as a pediatrician in the U.K. in the ’80s.

Measles was a common childhood exanthem there and then and did not generate the anxiety that seems to be associated with it today. Most were managed at home with house calls from the child’s general practitioner as needed, quite appropriate as the disease in nearly all is unpleasant but benign and requires supportive care only.

Some cases did need hospital admission though and yes, I did see pneumonia and encephalitis, even a few cases of subacute sclerosing panencephalitis (SSPE). Nurses were skilled at maintaining hydration with oral fluids, so few kids needed IVs. They gave acetaminophen regularly. Parents provided TLC: tender loving care.

Vitamin A was not in use then but is universally recommended now for hospitalized cases in the USA. Though vitamin A deficiency is prevalent and strongly associated with measles mortality in the third world, deficiency here is not that uncommon.

In November 2019, the National Foundation for Infectious Diseases convened a summit to discuss vitamin A use in U.S. measles management. It concluded that all confirmed cases of measles should receive vitamin A therapy.

Personally, I would give it to any child I suspected of having measles rather than waiting for confirmatory serology to come back, as early administration produces better outcomes. There is also a case to be made for vitamin A prophylaxis of apparently healthy at-risk children during outbreaks.

My English mentors taught me a few tips for properly diagnosing measles; at that time, this was purely a clinical diagnosis. No lab work was done. Today the CDC insists on serology to confirm the diagnosis. These tips will help you properly select those who need blood work and maybe prompt vitamin A.

1. Measles is misery. These are some of the most miserable and unhappy kids you will see. Many verge onto the “toxic” appearance that pediatricians usually associated with serious bacterial infections such as meningitis. They are clearly not well and tend to cling to their mother tightly, heads buried into her chest. They are not playful and respond to an interaction from the physician with distress.

2. If there’s no sNOT, it’s NOT measles. Coryza with purulent rhinorrhea is much more prominent than the typical URI.

3. If s/he’s not HOT, it’s NOT measles. There is almost always a significant fever. The child typically looks “hot,” and the skin is dry and warm to the touch.

4. Cop a look for the Koplick’s spots. The spots appear as grains of salt on the buccal mucosa. Their presence is diagnostically helpful but their absence does not rule out the diagnosis.

5. The 4 Cs – corza, cough, conjunctivitis, and confluence. Coryza, as already stated, is universal. Cough and conjunctivitis are common. Confluence refers to the typical morbilliform rash of measles which, though beginning as discrete spots, often coalesces into large areas of confluent redness, usually with a raised border.

6. Seeing red. The overall impression of the child is a miserable red hot one. The skin and eyes are red, the buccal mucosa is often bright red too.

Of course, there are exceptions to these rules, but I recall them having great diagnostic value.

Most often, the child proffered by the parent as a possible case of measles will look very different from this. Their rash is usually pink, discrete, and sparse, they are not red and snotty and are reasonably playful. The fever is low grade. Several viruses can produce this appearance, the classic one being rubella, though this is very rare in the U.S. now.

Because measles remains rare in the U.S. the pediatrician faced with a child presenting with some of the features mentioned, unless there is a history of measles contact or international travel, should probably think of Kawasaki Syndrome (KS) first.

Unlike measles, which is benign for most and requires little treatment, KS necessitates prompt recognition and treatment to avoid serious complications. Atypical cases can be very difficult to diagnose. The presence of cervical adenopathy or swelling/redness/induration of the hands and feet are important differentiating clues.

Armed with the above information, the provider seeing a child whose parents suspect measles should be able to handle the situation with confidence. Most often, the answer to the mother’s question will be, “No, ma’am, not measles, just a harmless childhood virus.” 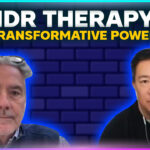 Is there a third pathway of resilience?

Measles: a preventable disease that is making a comeback
1 comments