Less than a year ago, a position paper/meta-analysis was published whose authors concluded that the pain reliever acetaminophen, and products containing this compound, were contraindicated in pregnancy as they could result in premature or stillborn births or developmental defects. Earlier studies appeared more positive and resulted in recommendations for its use by professional and governmental organizations. The present authors acknowledged this disjunction and made both the routine recommendations for further study and that women should use acetaminophen products judiciously and only after consultation with their clinicians.

Within months, a legal firm aired a TV advertisement claiming “that if a woman took acetaminophen during pregnancy and had a premature or stillborn birth, or if her child was born with certain defects, she may be entitled to significant compensation,” completely ignoring the guarded nature of the conclusion and the lack of research clarity on this issue.

Civil litigation attorneys are often too quick to claim liability where a causal relationship, or even a strong associational one, has not been established. The classic example is the talcum powder (TP) causing uterine cancer (UC) kerfuffle that continues to this day; though at best, only a weak yet doubtful association has been shown between these variables.

The attorneys who prosecuted Johnson & Johnson violated the two cardinal rules of associational research: that association is not and cannot represent causation; and that all associations are bidirectional, and used the public’s aversion towards statistics to befuddle the jury into believing that TP caused UC. The deciding factors, I believe, were sympathy for the victims, the company’s purported “evil intent,” and “deep pockets,” rather than the science.

Although many women with uterine cancer used talcum powder, it could not be asserted with surety that UC resulted from the powder. Too, if the association of the powder and UC was causative, then equally, though ridiculously, cancer had to be seen as causing TP! The attorneys knew, however, that if they admitted this element of associational truth, they would destroy their case!

Whom would the plaintiff’s attorneys sue? There are 600+ companies worldwide manufacturing acetaminophen, most of which are not domestic. Should the U.S. distributor be sued or the manufacturers? Can the latter be tried under U.S. law, or would they need to be prosecuted under their countries’ laws?

Acetaminophen had been considered a “safe” medicine by many U.S. governmental and professional agencies, and its use became a “standard of care” (circa the 1950s) as a  preventative for premature births. Until recently, there was no assumption that it was detrimental to fetuses, to justify research or to claim that manufacturers knew its potential danger. As there are numerous causes for negative birth outcomes (i.e., contaminated water at Camp Lejeune, maternal stress, air pollution, tobacco use, illegal drug use, alcohol abuse, genetics, living in poverty, etc.), and that premature and stillborn births remain relatively common for sub-populations in the U.S., it would be unclear how plaintiff’s attorneys plan to demonstrate that acetaminophen was the sole cause of a specific negative birth outcome. Do they plan on valuing only a portion of a birth outcome to acetaminophen, and how would this be determined?

Many of the initial studies that found acetaminophen to be a danger were post-hoc (after-the-fact) records reviews. Was this even questioned at prenatal visits if the women used intrapartum acetaminophen? If so, was the amount and/or frequency of use queried? Even if these questions were consistently asked and both accurately remembered and noted, these data alone would not establish causation.

Post-partum interviews examining acetaminophen use likely occurred months to years after delivery, and at this point, can memory be trustworthy about an issue as mundane as pre-natal acetaminophen use? Would women be more likely to guess than to provide exact information? Presently, we do not know if any exposure to acetaminophen can be causative or if it is dose-related. Assuming the latter, that do women who took less acetaminophen, but received awards they did not deserve, be required to return their payment to the company?

Too, there is the question of extraneous variables that can either be causative of the birth complication or affect the relationship of acetaminophen to in-utero development, resulting in the complication. Most of these will be unknown to a woman or to her clinician and thus uncontrollable for the researchers.

Another question presently unanswered is that of time. The authors of the report noted that acetaminophen should not be used in the first two trimesters, but is the entire eight weeks crucial, or only a few weeks within these eight? I would think that the first four weeks would take priority. If true, then we have the same possibility of an undeserving award, as noted two paragraphs earlier.

In the talcum powder case, UC did not occur for many women until the powder had been used for years; in one instance, 35 years! Imagine the potentially confounding variables that could have occurred in those 3½ decades. Resultingly, any relationship between acetaminophen and birth complications can only be conjectural until sufficient, more controlled research shows it to be a viable option.

In sum, the attorneys are premature in gathering clients for a “class action” civil suit, one for which evidence does not exist and may never exist. I hope the defendant(s) in this case will better defend themselves than the TC defendant, as the plaintiff’s argument is a chimera, and the weakness of the statistical relationship can be shown without providing a university course in statistics.

When should you consider a Caribbean medical school? [PODCAST] 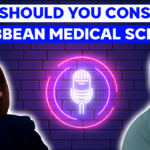 The hidden health complications of inflation 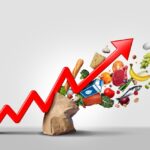