The finality of death is a powerful teacher. For some patients, being diagnosed with a terminal illness is an experience that lends a tremendous shift in perspective and newfound authenticity. This can be instructive to them and the people around them. As psychologist Charles Garfield says, “The living have much to learn from the dying.”

This applies not only to the experience of a terminal illness but also to its treatment. We might say that the health care of the living has much to learn from the health care of the dying. After providing volunteer services to hospice care patients, I have come to recognize this as true. Here are some lessons I learned about treating the living that came from treating the dying.

My first meeting with Margret was an unusual one. When I entered her room, I found her lying back in her bed, her eyes fixed on the ceiling. She didn’t respond when I walked up and introduced myself, and I began to doubt whether she was even aware of my presence.

In one of those odd curveballs of life, this was my very first hospice care visit. I decided against leaving and resolved to simply look around the room and comment on the decor. For example, gesturing to a piece of Catholic iconography, I shared a story about visiting the shrine of a prominent Syrian saint.

Every once in a while, I would glance back at Margret, hoping to detect some kind of reaction. Thankfully, I started noticing occasional smiles, which confirmed that she could hear me and that she was comfortable. After about ten minutes of these one-sided pleasantries, I said goodbye, convinced that I had made the most out of the situation.

Jeanne Benoliel, an influential palliative care nurse, wrote about the distinction between cure and care. While cure refers to the diagnosis and treatment of disease, care refers to the assessment of the patient’s subjective well-being — particularly how the patient experiences their health care provider.

As a hospice volunteer, I had to be attuned to how Margret was experiencing me. After all, my service towards her was one of care, not cure: my “treatment” consisted only of companionship. My first visit with her was a crash course about the level of attunement necessary for the hospice care provider, who attends primarily to the patient’s subjective experience and not their physical disease processes.

Benjamin had been diagnosed with terminal pancreatic cancer. A friendly and talkative man, he loved to share stories from his rich and well-traveled life. I became a regular audience member to a variety of anecdotes, which had no doubt been polished and perfected by frequent retellings.

But it soon became clear that this particular telling was different from the rest. Benjamin’s illness had cast a new light on his life. Regrets and unresolved conflicts came up to the surface, punctuated by the finality of his diagnosis. We began not just to laugh but to cry; not just to celebrate the past but to ponder and reflect on it.

The psychiatrist Murray Parkes speaks of the experience of loss as a “psychosocial transition“: a process that causes the patient to reconsider past values, experiences, and attitudes. In no case is this clearer than in the encounter with death, which represents the ultimate experience of loss.

Benjamin’s diagnosis was not only an illness but also a psychosocial transition. It resulted in a tumultuous shift in his life narrative, self-concept, and spiritual views. We addressed these with every subsequent visit, and although there were no clear resolutions or “aha” moments, it was clear that he valued having the space for these kinds of discussions.

Hospice care amplifies the dimension of illness as a psychosocial transition. Every disease is an experience of loss, whether it be a loss of capability, independence, or physical security. In the hospice care field, health care providers learn to listen for and attend to the “psychosocial side-effects” of illnesses, which is a crucial part of the healing process.

Disdaining his bed, Charles sat upright on his leather couch for most of the day. Unfortunately, this led to back pain, which he often complained about during my visits with him.

But I soon learned that his physical agony was supplemented by another kind: the discomfort of having to rely on his wife for support. Charles knew himself as a self-made man, having worked for decades to rescue himself from abject poverty. His back pain, which limited him almost to the point of debilitation, was completely at odds with his self-identity.

Many of my visits with Charles involved supporting him through this crisis. I struck a balance between validating his feelings and challenging his negative evaluation of his new dependency. We made some good progress — although I never did convince him to give up the leather couch.

Cecily Saunders, widely regarded as the conceptual originator of hospice care, introduced the concept of “total pain.” By this term, she meant a holistic view of pain, which included not only its physical aspects but its effects on the emotional and spiritual states of the patient.

“The living have much to learn from the dying.” This is true in health care as much as it is in general. The field of hospice care, which removes the need to cure disease, amplifies certain dimensions of health care that are just as important as traditional life-preserving interventions. Therefore, it offers rich insights and skills to its health care providers, and it was certainly a valuable stepping stone in my professional development. 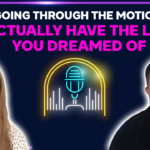 There is no cure for your disease