I became a self-involved status and achievement “junkie” in order to tune out unbearable inner voices that repeated, “You are worthless … you’re a fraud … you’re a failure.” I was obsessed with grandiosity: I owned a penthouse apartment with a landscaped terrace, a closet full of Brooks Brothers suits, a family crest ring, engraved stationery from Tiffany & Co., monogrammed dress shirts from Charvet in Paris, and towels from Frette in New York, a Mercedes-Benz, and a membership to the exclusive Fishers Island Club. I would go to any length to maintain my façade of superiority and success. In 1994, I made sure I was the first person to register his surname as a dot com domain –and bragged about it every chance I got.

But it was all in vain. By the time I joined the New York office of Ogilvy & Mather in 1995 as the Worldwide Account Director on the $1 billion global IBM account, I was a hollow caricature of what a successful “ad man” looked like. I forfeited what I achieved in image and standing in terms of being connected to my authentic, true self or anyone else, for that matter. My high-status, high-paying advertising job, and myriad material excesses did not relieve me of my emotional challenges: a phobia of public restrooms, recurring nightmares of falling off the empire state building, and a terror of intimate relationships with women. And all the while, those voices droned on.

If your whole life is built on a house of cards, it doesn’t take much to knock it down. When I was suddenly laid off from my advertising job at Ogilvy, and my 35-year career came to an unexpected, ignominious end, I found myself stuck in neutral, unable to function or move forward. Unemployment, considerable debt, and growing uncertainty and panic replaced any thoughts about extravagances. I was scared but paralyzed. I began drinking, often leading to blackouts, to numb my anxiety.

Twenty-two years of searching, seven therapists, and various treatment methods (including talk therapy, CBT, and intensive short-term dynamic psychotherapy) provided no substantive, lasting relief from my demons. Pushed over the edge by losing a job that was my identity, I was at my nadir and out of options. Desperate, I devised an “exit strategy.” Then, I discovered an EMDR therapist by the name of Jeffrey Magnavita and began a journey that saved my life. While other therapists focused on my deep-seated insecurity and incapacitating anxiety, Dr. Magnavita zoomed out to look at the bigger picture and saw that trauma was the root cause of my problems.

EMDR (eye movement desensitization and reprocessing) therapy kicked off my personal transformation from a self-absorbed workaholic in an industry of (what I now view as) questionable merit into a human being making a positive contribution to the world and focused on helping others. EMDR helped me discover that my psychological struggles were the result of the trauma I had suffered as a child and that my traumatic memories had been buried long ago. I had constructed a sham persona to defend against (what I now know was) a deep-seated fear that I was worthless and unlovable — a self-assessment brought forward from my childhood of extreme parental neglect and sibling violence.

Over the course of two years, I was able to reconnect with the traumatic memories that lay dormant yet profoundly affected my self-perception and behavior. With guidance from Dr. Magnavita, I “reprocessed” these memories, releasing all the emotional charge they carried. One defining aspect of trauma is that it remains perfectly preserved and locked in our central nervous system and warps our view of ourselves, the world, and the choices we make as adults. EMDR therapy is based on the idea that psychological difficulties are related to the brain’s failure to adequately process traumatic memories.

Today, I have a hard time recognizing the old me. The fancy, expensive toys I was once fixated on have lost their fascination for me. I no longer feel compelled to excel or prove myself. I have been able to slip into my own skin — trauma-free — and become the person I was meant to be. When I looked back at my 35-year career, it didn’t feel awfully virtuous, and I decided I wanted to start over. I wanted to reach out to others who are suffering, may not know why, and are looking for hope and answers. I wanted to tell the world about EMDR.

I conceived of a hopeful and accessible book that would be written in two voices: one would be my own, telling my own trauma story as a survivor, and the other would be an EMDR therapist who could follow my narrative and provide a clinical perspective for the reader, in a non-clinical voice. Today, my focus is on working with my co-author to get our book into the hands of as many people as possible who will benefit from it.

As unexpected as these developments were in my life, they helped reshape what was essentially a “lost” man into one with purpose; they gave me the chance to have a life that I now consider meaningful and with the potential to positively influence other people’s lives.

Michael Baldwin is a patient advocate and co-author of Every Memory Deserves Respect: EMDR, the Proven Trauma Therapy with the Power to Heal.

Stop calling it the good cancer 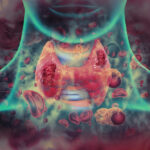 A physician's remedy for stress, anxiety, depression, and burnout [PODCAST] 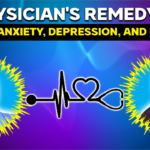