Psychedelic-assisted therapy (PAT) represents one of the most promising developments in psychiatry in decades. The treatment typically involves the infusion of a compound such as LSD, psilocybin, or MDMA during an extended therapy session with licensed professionals.

Although it lacks widespread regulatory approval or clinical use, significant advances have been made in the study of PAT in the past decade, with a pronounced increase in recent years. Recently, a study published in the New England Journal of Medicine demonstrated that a single 25mg dose of psilocybin (the active compound in psychedelic mushrooms) accompanied by psychotherapy was effective in reducing symptoms in patients with treatment-resistant depression, a condition that is notoriously difficult to treat.

This study is the most recent example in a pattern of trials demonstrating PAT’s efficacy for everything from PTSD to alcohol use disorder. However, the field dates to the mid-20th century, when doctors conducted studies that, despite poor design, used the exact same compounds (e.g., LSD) for very similar psychiatric conditions (e.g., alcohol use disorder). This initial groundswell of research in the 50s and 60s was doomed by political and social forces in the United States that halted funding and led to a decades-long hiatus, of which the field has only recently emerged.

Its resurgence is also steeped in controversy. Valid criticism has been levied against clinical trials which use consciousness-altering medications that are difficult (or impossible) to control for with placebo. In contrast to most large placebo-controlled clinical trials, many trials of PAT have pathetic blinding results, with over 90 percent of participants correctly guessing whether they received active medication or placebo. This muddies the waters of the analysis and makes it difficult to attribute results to the treatment, the placebo, or both. The NEJM study didn’t bother with placebo and instead used lower doses of psilocybin as comparators – patients who got the lower doses had less of a response.

These studies can also be subject to expectancy effects. Just as a jury may be inadvertently swayed by press coverage or social media, patients who are familiar with the tremendous promise or “hype” surrounding PAT may be more likely to believe the treatment works and thus respond positively to the intervention.

There is also a discrepancy between the public understanding of PAT and the actual state of the field. Microdosing, which some claim will boost creativity, and productivity or treat psychiatric conditions, is unrelated to PAT and largely lacks evidence of its validity. Ketamine, which is widely used for psychiatric indications, is another unrelated entity: it is not structurally related to classical psychedelics, nor is it typically administered during therapy sessions.

Also, PAT is a synthesis of both therapy and medication. Dosing typically involves an infusion that is administered during a monitored therapy session, not picked up from a pharmacy. This is in stark contrast to the distribution of other sensitive medications like opioids or Adderall, but many fail to recognize the difference.

Also, there have been very few trials of PAT that adequately reflect the racial or ethnic makeup of the United States. Many groundbreaking studies have recruited mostly white participants, limiting the generalizability of any findings. The NEJM paper was no different — more than 90 percent of the participants were white. The therapy session/infusion is also a prolonged process, which can take many hours, making it difficult for many people to access these treatments. If you cannot reasonably take a day off from work, how could you expect to attend multiple 8-hour treatment sessions?

Finally, PAT has begun to take on the appearance of a silver bullet, which can treat a wide range of conditions that may not have similar pathological mechanisms. This should give pause to many clinicians and regulators; new therapies are often touted as being more effective than they really are. If expectations are inflated beyond reality, it will endanger what may be a valid and effective tool in the arsenal of our country’s psychiatrists.

The United States is in a crisis of mental health care. As psychiatrists, we are keenly aware of the urgent need for novel interventions for conditions ranging from PTSD to cigarette addiction to depression. Many millions of people may be safely and effectively treated by PAT, and regulatory approval or rejection of PAT could be imminent. However, the accelerating excitement surrounding PAT threatens to endanger the cause itself. While recent results have been exciting, and there is plenty of work ahead of us, and the best path forward is a measured, cautious approach that also allows for the safest and most evidence-based therapies to reach the largest number of people.

Charles Saylor is a medical student. Jacob M. Appel is a psychiatrist. 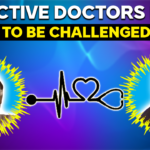