Unfortunately, at least from where I sit, suboptimal medical care seems to abound. And every encounter of my family members with the health care behemoth is an opportunity for them to become a recipient of it.

When it comes to shielding them, I have had some failures in the past — it took a minor stroke in my father, who lived in England, for me to realize that he had never been anticoagulated for his atrial fibrillation, despite regular visits to his GP. Nor was I able to prevent my youngest daughter from getting a bill for several thousand dollars from the ER she visited with a dislocated thumb.

Doctors and nurse practitioners delivering bad care are to be found in every specialty, but in my experience, one tops them all. That would be pediatrics.

Now, I can say this because I am, in fact, a pediatrician.

Over my 30-odd years of practice, I have seen my fellow pediatricians screw up time and time again. In fact, I amused myself by imagining that the gold standard textbook of pediatrics, Nelson’s Textbook of Pediatrics, came in two versions, one a very limited accurate edition given to chaps like me, and the other — a repository of disinformation —given to the rest.

Now, I am not alone, in my opinion. Another pediatrician was so annoyed by the poor standards he encountered that he was motivated to write a book about it. The author, Dr. Palmieri, titled it “Suffer the children: Flaws, foibles, fallacies and the grave shortcomings of pediatric care.”

In its review, one of my favorite websites called it a “gem of a book.” The review is quite extensive, and you can get a good feel of the book’s contents from that alone. Otherwise, it is available on Amazon. Read it and weep.

Pediatrics is particularly dangerous in this respect because of the frequent visits made by children. Even if a child is never sick, there are a slew of “well visit” encounters, all providing an opportunity for inadvertent harm.

Well, my two children are grown, so I don’t need to protect them from the pediatrician, but I am still on duty for my two grandkids, aged three years and six months.

Fortunately, their mother typically calls me first if there is a medical issue and then again after seeing the pediatrician. This typically results in me doing the classic facepalm maneuver and then explaining to my daughter that what she was told is wrong. This has happened so often that I suspect she thinks I am somehow aberrant in the world of pediatrics, a fringe oddball, perhaps. So I make sure I send her links to online articles on the issue so she can see that I am compos mentis.

The latest round came yesterday. She sent me a text stating that the pediatrician had diagnosed the youngest as being allergic to several foods, including sesame (wittily, I texted back, “Hummus and baba ghanoush are off the menu then?”) and wheat, amongst a slew of others.

The background to this is that the boy had his first bite of egg a month ago and immediately flushed and developed an urticarial rash. He responded promptly to some diphenhydramine. Pretty good story for genuine egg allergy, I think.

I was unaware that my daughter had decided to take junior to the pediatrician as a result. And what did he do? Allergy tests, of course. A blood-specific IgE panel, to be exact (what old timers like me still like to call RAST testing).

Mega facepalm. Here we go, down the rabbit hole again.

In my opinion, no pediatrician should ever order this test. This is something for the trained allergist to do. Current recommendations also support selective IgE testing based on history rather than blunderbuss testing, as was done here.

There is much that could be discussed, but I want to focus on the major error — the fact that my daughter was told her son is allergic to several different foods based on the results of the testing.

This is absolutely wrong.

The child is sensitized to certain foods but not proven to be allergic. The guidelines for diagnosing and managing food allergy from the National Institute of Allergy and Infectious disease clearly state this.

In fact, the RAST is well known to have a very high “false positive” rate; the test is often positive when a genuine allergy is absent. Only a food challenge can prove allergy.

Misinformation like this can have devastating consequences, as parents believe their child to be allergic to foods and, as a result, remove them from the diet, something my daughter was poised to do until I intervened (wheat exclusion is particularly onerous and a surprising range of products contain sesame).

As a 2015 paper in the Journal of Pediatrics concluded, “Food allergy panel testing often results in misdiagnosis of food allergy, overly restrictive dietary avoidance, and an unnecessary economic burden on the health system.”

There have been several studies of children placed on restrictive diets on the basis of panel testing showing that the majority do not have true allergies and can tolerate the “forbidden” foods just fine.

Due to unnecessary diet restrictions, some children have experienced severe malnutrition, including kwashiorkor and zinc deficiency.

In my opinion, my grandson should never have been “allergy tested” at all. But if, as a physician, you are going to order it, please have the decency to understand the test and counsel appropriately.

Fortunately, this child had a grandfather who was educated in this matter and able to prevent the harm that might have resulted. Other kids are not so lucky. This physician’s actions fell foul of two important maxims that I feel all should follow: firstly, don’t order a test unless you properly understand it. Secondly, understand that a positive test does not always indicate the presence of the disease it is testing for. And, of course, it fell foul of the ultimate maxim, “Primum non nocere.”

Oh, and yes — because what I told my daughter stood in stark contrast, I was sure to send her links to articles on the topic. If you’re interested, just google “food allergy misdiagnosis” and take your pick. There’s plenty to choose from.

Now, if you’ll excuse me, I have to get back to the watchtower. 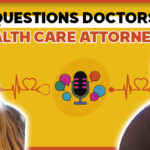