The American Medical Association (AMA) would have you believe that the biggest threat to the medical profession is “scope creep” – the intrusion of advanced practice providers into medical practice.

The way I see it, this is no big deal; the movement will reach equilibrium, and everyone will play nicely in the sandbox.

In my opinion, the biggest threat to the medical profession is “political creep” – the increasing government intrusion in medical matters.

At first, it was abortion, with the Supreme Court overturning Roe v Wade. Now it’s transgender youth, with the state of Florida moving to ban gender-affirming treatments and other states considering it.

The most frightening aspect is that in Florida, only a few elected officials hold the power and can control medical decision-making, amounting to fascist-like authority over medically-trained individuals while potentially turning like-minded states into medical wastelands of backward science.

Turn back the clock 50 years, and you’ll see that “homosexuality” was considered a mental illness. However, only one medical organization – the American Psychiatric Association – was required to reverse that grievous error. It was never necessary to consult with politicians or seek their approval to declassify homosexuality as a mental disorder.

Thanks to the tireless efforts of a few gay activists in the early 1970s, Dr. John Fryer most notable among them, homosexuality was eliminated from the Diagnostic and Statistical Manual of Mental Disorders (DSM), providing an overnight “cure” for millions of Americans.

Today, it’s not that simple (not that it was easy for Dr. Fryer and colleagues). The issue for children and adolescents diagnosed with gender dysphoria is not the diagnosis – it’s the treatment: puberty blockers, hormone therapies, and gender-reassignment surgery. Florida’s ban would prohibit these treatments as well as psychotherapy.

Politicians feel they need to govern therapy because gender transition may be irreversible, and children and adolescents lack decision-making capacity. However, sensitive medical concerns can and should be handled between doctors, parents (or designated surrogates), and medical experts, like other complex conditions in medicine.

If Florida has its way, even social gender transition (e.g., name, pronoun, hair, and clothing changes) will be taboo. The fact is, two recent studies, one published in Pediatrics and the other in The Lancet Child & Adolescent Heath, both found that most transgender youths stuck with their new gender identity.

Florida officials preferred instead to use the Merck Manual and other dubious sources to organize their case. That’s OK with me because even the Merck Manual recognizes “there is no conclusive research to guide [the] decision” regarding the medical transition of prepubertal children with gender dysphoria. Why is Florida banning it if no reputable sources provide a scientific basis for barring transition-related care for transgender minors?

It seems wrong and unnecessary to do so given that the goal of therapy in gender dysphoria is laudable – that is, to align patients’ physical appearance with their experienced gender. It doesn’t require an army of politicians to dictate how to do it to doctors. Politicians don’t belong in doctors’ offices.

Doctors who are against assisting minors and their parents can refer them. But before they dismiss them, doctors should realize that gender dysphoria is so severe that it is associated with clinically significant distress and impairment in social, school, or other important areas of functioning. Gender dysphoria is not a contrived disorder or phase of life. Patients should not be used as political pawns.

To be sure, there are many areas of medicine other than reproduction and gender identity where the government has overstepped its authority. Martin Merritt, a health care attorney in Texas, writes: “Virtually every federal regulatory concern currently plaguing the modern practice of medicine also existed in some form in the 1950s.” He cites medical coding, billing, advertising, and off-label prescribing issues.

Federal offenses have grown to include Stark Law, the Anti-Kickback Statute, HIPAA, and the Medicare law, commensurate with Title 42 of the United States Code, which contains civil rights and health and human services laws. Merritt concludes, “Many fear, and rightly so, that as health care insurance exchanges offered at healthcare.gov become fully operational, the federal takeover of the practice of medicine will soon be complete.”

Government meddling is nearly universal when it comes to mandated electronic health records (EHRs). EHRs have disrupted and exploited the patient-physician relationship. Excessive evaluation and management documentation requirements take time away from patient care and make it difficult to locate pertinent medical information in a patient’s record.

Intrusive government regulations and mandates of various insurance plans have caused patients to shift from plan to plan – and from doctor to doctor – so that the concept of patient-centered care has been diluted and, in many cases, lost. What good does it do to tell Florida parents “to reach out to their child’s health care provider for more information [about gender dysphoria]” when their provider is constantly changing? Besides, under Florida’s proposal, Medicaid will not reimburse treatment.

Former CMS Administrator Seema Verma became embroiled in controversy, in part because she sought less health care regulation and more free-market competition. She was certain that redirecting the U.S. health care system away from government regulation would be an improvement, allowing physicians to compete on cost and quality and patients to make their own decisions about their care.

The government’s regulation of reproductive health and mental health has upped the ante. As a psychiatrist, I know a lot more about mental health, and what’s clear to me is that the American mental health care system was founded on principles of humane treatment and scientific inquiry – not on the backs of political hacks that depend on voters for their livelihood. Where did they receive their medical education?

Physicians and patients were once relatively free to contract for services in any way they see fit. That adage no longer applies. The medical profession has been gradually caving into arm-twisting politicians. Politicians now dictate the rules and regulations under which physicians practice. Scientific truths have become inconvenient, circumvented, ignored, or labeled conspiracy theories.

Increasingly, state medical boards have become the targets of political creep. A majority of board members are appointed by states’ governors. Consciously or unconsciously, their decision-making is affected by state-wide politics, not unlike the way physicians have been influenced by drug companies. It’s all too easy (and convenient) for practicing doctors to be punished when medical boards are held hostage by reigning political ideology.

Dr. Jeffrey A. Singer, a senior fellow at the Cato Institute, said the government has “killed” the medical profession: “Governments and hospital administrators hold all the power, while doctors – and worse still, patients – hold none.”

The AMA’s Code of Medical Ethics states that physicians should work to change unjust laws. However, other than opposing the government’s intrusion and criminalization of medical procedures, the AMA has been powerless to effect change. Simply put, the medical profession has lost its grip on the autonomous practice of medicine. The American health care system is dominated by the government instead of medical leaders and experts.

The sad part is not the elimination of personal liberties by the government; rather, it’s that political leaders have coopted physicians and censored those who can lend a voice to patients in need. Unchecked, the government will arrogate the power to resolve thorny medical issues and arbitrarily change medical rules.

Depriving women of this drug is good public health 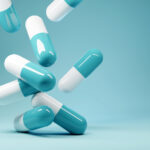