Once again, it’s time to consider universal health care. What are the implications? Could it happen?

After something of a hiatus during the passage of the Affordable Care Act and the battles over its implementation, legislative committees in Oregon and Washington are looking at new proposals for state-based universal health care. Oregon’s task force report was completed in September, while Washington’s “baseline report” was finished this month.

While there’s a fair amount of vagueness in both documents, especially Washington’s (which calls for more time to consider all the ticklish details), each assumes something like Senator Bernie Sanders’s Medicare for All. All state residents would have coverage, covered benefits would be generous and comprehensive, and the new programs would be state-run. Oregon’s program would be funded from current sources like Medicaid and Medicare plus new individual income taxes and a new employer payroll tax. Washington’s funding isn’t yet defined but (in a prime example of politicians kicking the can down the road) would depend on a not-yet-created committee’s recommendations.

So what’s the chance of either state’s proposal being implemented?

The opposition is becoming vocal in Oregon, where the proposal is now public. Health insurers (who’d be largely eliminated) argue that the hoped-for savings couldn’t happen, business groups oppose the payroll taxes, and conservative individuals oppose the taxes on income. On the other hand, hospital and physician organizations have been conspicuously silent (so far).

In Washington, there have been little media or organized public comment, not surprisingly in view of the lack of firm recommendations, but it seems unreasonable to expect that businesses and insurers will be any more enthused than in Oregon.

The limitations imposed by current federal law may be more certainly fatal to the two proposals.

Universal health care would absorb those now enrolled in Medicare, self-funded employer plans, and Medicaid, but current law makes the inclusion of these groups near impossible. Federal law defines Medicare eligibility and benefits and provides no ability for states to impose their own rules. The Employee Retirement Income Security Act (ERISA) similarly protects self-funded employer plans. Medicaid law allows some waivers of federal regulations but doesn’t allow federal costs to increase, meaning that states would have to levy substantial new taxes to cover the difference between Medicaid and single-payer payment rates.

Coaching vs. therapy: A physician coach and psychiatrist explains 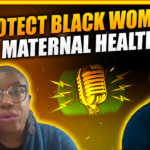