The Oxford dictionary defines insidious as “proceeding in a gradual, subtle way but with harmful effects.” Most people associate this term with clever criminals. I am writing this to ask you to think about it in another way.

Perhaps the greatest joy a person can experience is welcoming a child into the world with so many dreams and visions for the future. Ideally, those dreams come true. But not always. Sometimes things don’t go as planned. The baby doesn’t learn to walk, talk or play with others. These things happen, unfortunately, but no one is blamed. In our present-day life, we have learned how to address these issues. Physical therapy, occupational therapy, play therapy, and speech therapy are just a few of the remedies that are prescribed, and they usually help to some degree.

But what if the problem is “gradual, subtle, but harmful”? What if the child can’t seem to gain weight and can’t seem to digest food properly? In medical jargon, this is called “failure to thrive.” But in this case, often, someone is blamed — the parents.

In the last decade, genetic testing has revealed dozens of disorders not previously identified. “With a combined prevalence of ~17 percent among 3- to 17-year-old children in the United States, neurodevelopmental disabilities are the most prevalent chronic medical conditions encountered in primary care.”

One of these is a disorder called KAT6A. It is a rare condition that can have devastating effects, including feeding difficulties. As affected infants age, they may experience difficulties feeding because of problems with the movements of the muscles of the face (oral motor dysfunction), swallowing (dysphagia), and there can be a risk of food, liquid, or other foreign material accidentally going into the lungs (aspiration).

Infants can have additional symptoms involving the gastrointestinal tract: backflow of the contents of the stomach into the esophagus (gastroesophageal reflux), constipation, and abnormal twisting or rotation of the intestines (intestinal malrotation), which can cause pain and bowel obstruction (Esber, KAT6A Syndrome). All of this means the child does not gain weight as expected. But, because this is a rare, newly discovered disorder, the medical community is often unaware that this is a symptom of a syndrome, not a result of parental neglect. Too many parents in these circumstances have been blamed and even threatened by professionals who thought they were doing their job.

Here are a few of their stories.

“We had a failure to thrive diagnosis from the day she was born. She was born hypotonic and with almost no sucking ability (she was also seven weeks early). Her twin sister developed normally, which should have been a huge clue that something was wrong with her. We actually did get reported to CPS and had to work six months with a social worker when she was eight years old to prove it wasn’t what I was doing but my daughter’s inability to eat and gain weight. We were easily dismissed after six months, but the emotional damage done to me was almost irreparable. We did not get our diagnosis until our child was 29. I have played conversations over in my head so many times over the years.”

“I went through the same thing – my son was diagnosed with “failure to thrive” at six weeks, and I was told I wasn’t feeding him enough. The healthiest organic formula I gave him must not be nourishing enough. I researched myself and found he had a tongue tie. I took him to a new pediatrician. She said it was the most severe case she had seen and clipped it right there.”

“In October 2020, my son was approximately one year and four months old. I took my son to get checked out for genetics because he was delayed and showing symptoms of retardation. I explained that we had chosen to make my son’s own food. Specialists came to our house and questioned every step of how we made the food and sent us to a dietitian once a month. The dietitian did not see anything we did was out of the ordinary. My son continued not to gain weight, and I found myself force-feeding him to try and put weight on him, as the doctor said she would report us to the Department of Family Services if he did not gain weight and size. An investigator from DFS came to our house. Finally, in February of 2022, genetic testing revealed my son had KAT6A, which explained so many of the issues we were experiencing. Eventually, the director of this hospital called to apologize for what had been done to us and let us know that this doctor was no longer working there.”

Our family was investigated. However, when our child had to be hospitalized and the hospital staff fed our daughter, it became clear this was not a problem of neglect.

In our world, with medical discoveries made every day, it is impossible for anyone to keep up. But, precisely for this reason, it is so important for those responsible for our children’s welfare not to make assumptions that can have devastating effects. The KAT6 Foundation is dedicated to research and raising awareness of KAT6 syndromes, and we hope this article will take one step forward in that direction. These links provide more information about KAT6A and KAT6B. Even if your child is thriving, please share this article with your doctors, as it may help avoid the heartache the parents have experienced.

Susan Hartung is a patient advocate. 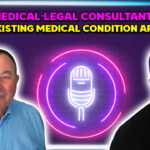