It’s a public health win that on October 19th, an FDA Advisory Committee voted 14-1 to remove Makena, a drug intended to prevent preterm birth, from the market. The FDA usually follows the advice of its advisory committee, and the briefing documents it supplied the committee make it clear that the agency wants the drug off the market. As well it should. Makena doesn’t work.

After a preliminary trial showed that women assigned to Makena had fewer preterm births than women assigned to placebo, the FDA granted “accelerated approval” to the drug – a temporary, conditional approval designed to speed promising therapies to the public while definitive studies on patient benefits are being done. In this case, the larger, carefully designed follow-up study was designed to see if babies were born healthier, not just later. The study found no benefits to babies, and Makena also showed no benefit over placebo in preventing preterm birth.

Public comments at the recent meeting supporting the drug struck three common themes: Preterm birth is a large problem, especially among Black women; Makena is the only FDA-approved therapy, and keeping Makena on the market is important to avoid racial inequities in health care.

It’s certainly true that Black women are at higher risk for preterm birth. Makena won’t help, though; the drug didn’t work in the full population or any sub-group, including Black women. It’s true – but a bit misleading – to say that Makena is the only approved therapy on the market. It was approved conditionally, with the understanding that it could be withdrawn if a confirmatory trial didn’t show benefit.

What is patently not true is that removing Makena from the market disadvantages Black women. Stopping access to a drug that doesn’t work is good public health and exactly what the FDA is supposed to do.

The similarities in the arguments of the groups that testified to keep Makena available were not coincidental. The National Consumers League, Healthy Women, Sidelines, and Miracle Babies, and Dr. Hugh Miller of the WOMB foundation (apparently a contract research organization) all accepted support from at least one of Makena’s manufacturers. The Preterm Birth Prevention Alliance, a project of the National Consumers League, was started by Covis, Makena’s current manufacturer. All of these groups, unsurprisingly, testified to keep Makena on the market.

All representatives from these industry-funded groups ignored the overwhelming evidence that Makena doesn’t work to prevent preterm birth. Every day that the drug is on the market means more profits for Covis. Makena costs more than $700 per weekly injection; Medicaid spends hundreds of millions of dollars a year on the drug – a truly stunning sum to pay for a repackaged drug; the original version has been around for 70 years.

Taxpayers have been on the hook for an expensive drug that doesn’t work since Makena was approved in 2011. Enough is enough. Consumer groups that support ineffective, expensive drugs represent the interests of corporations, not patients. If these groups cared about women and babies, they would support effective prevention measures rather than shilling for an ineffective and expensive drug. We need more comparative research on therapies supported by randomized controlled trials, including cervical cerclage (a surgical procedure), vaginal progesterone, and fish oil, and need more research on the effect of midwifery care and screening for lower genital tract infections.

Makena is a branded version of an old drug, and it doesn’t improve birth outcomes. The committee vote is a resounding and deserved rejection. No one needs a drug that doesn’t work.

Patricia Bencivenga is a special projects coordinator and Adriane Fugh-Berman is a professor of pharmacology and physiology. 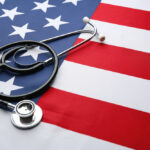 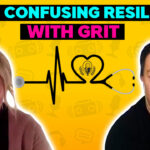