They loved long walks through the woods in California. They were sweethearts in high school through college. If they wanted to take a break from their walks, the dogs would gang up on them and insist on continuing.

The trees, the skies, the quiet, the fresh smell of pine and wildflowers.

And on one clear blue sky day, Bill dropped down on bended knee and proposed to Jennifer. The breeze gently blew through the trees as a slow tear fell to her cheek, and she whispered, “Yes.”

Two boys later, Bill was climbing that managerial ladder. Life sped up, and Bill was offered a big promotion in the Carolinas. That would be a long way from home. But they trusted their leap of faith. And they moved down south. And two boys — 6 and 8 years old— acclimated to their new schools.

They were a happy family.

The boys loved their mom and daddy. But daddy was there for every T-ball, swim lesson, hug, and “atta boy.” He was their everything.

Bill and Jennifer resumed their quiet walks through the park. Not quite like the woodlands of California. But that didn’t matter. They had each other.

Bill started to feel sick but couldn’t explain it. He had muscle aches, chills, fever, nausea, vomiting, and a rash on the palms of his hands and feet.

The symptoms would not go away.

He went to his physician three different times because he wasn’t getting better.

This was one of the largest health care providers and “non-profit” groups that had just moved to the Carolinas.

Bill was now getting dizzy at random intervals. His physician dismissed him. And they suggested maybe mental illness; maybe he was imagining these symptoms, or maybe he needed marriage counseling.

After three different visits, the physician could not come up with a diagnosis or plan. The MD could have referred or consulted with another physician easily. Of course, that could potentially mean that a Christmas bonus check to him could be reduced by requesting a consult.

Bill’s temperature was rising. He decided to take a shower. In the shower, he got dizzy, fainted, and fell to the ground. His wife heard a crash in the shower and discovered her unconscious husband.

The medics rushed him to the nearest hospital.

Bill would come and go, in and out of consciousness. He knew his name — but that was all. He was confused and disoriented and babbled.

The ER nurse quickly attached electrodes to his chest and a nasal cannula. Upon applying the nasal cannula, she discovered a large tick embedded behind his ear.

Tetracycline is the treatment of a classic, simple, inexpensive antibiotic, even if a physician suspects RMSF.

And, yes, he was positive for RMSF. Three weeks of no diagnosis or treatment.

Any ER nurse could easily tell you that tetracycline was the regimen of care.

And so he was sent to our ICU.

He could tell me his name and age, but that was all. He was incomprehensible when he spoke.

He left behind his wife and two young boys.

Our intensivist stood in the ICU crying. The nurses were crying.

How could something so easy to detect and treat be missed?

His devastated wife and his inconsolable children stood by his body.

Several weeks later, the wife took out a lawsuit against this health care provider company.

The ER and ICU nurses, who were the last to hear him talk, received a deposition.

And I was one of them.

I told the lawyers what I knew.

I told the lawyers what the intensivist told us that the patient’s primary physician missed — a deadly miss.

Our intensivists take over all of the patients that come to our ICU.

After one shift in the ICU, the patient lost consciousness and he had to be intubated.

I read the tri-fold flow sheet out loud to the lawyers. Front and back. This was pre-computer charting. It was a grueling four hours of deposition. The physician’s lawyers were searching for flaws.

We did everything possible to save this man.

But it was too late.

His wife settled out of court.

But to this day, I can still see this 42-year-old man surrounded by his wife and his 6- and 8-year-old son staring at their husband and father.

Words could never explain the void in their life due to such a negligent missed diagnosis.

Shortly after that, posters of RMSF went up in their health care buildings.

Shortly after that, the company moved out of town.

We were all in disbelief.

How could this ever happen?

A tear fell to her cheeks, and she remembered their years together of love.

How this primary care doctor found his dream practice [PODCAST] 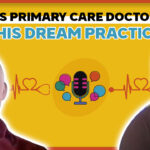 A careless misdiagnosis. A death. A lawsuit.
3 comments