People who’ve done what it takes to earn a medical degree are typically pretty special. Most doctors spend reasonably, invest wisely and incubate a healthy nest egg: a recipe for a comfortable retirement. But some doctors are profligate and foolishly fall prey to hare-brained financial schemes. On the outside, they seem just like their financially savvy brethren.

But, neuroscientifically speaking, something is lurking under the surface of the silly-money cohort. Let’s explore what might be making them falter.

Achieving success in one domain may sow the seeds of failure for another: It’s a nasty little secret that more than a few of today’s healers cut more than a few throats before they slipped on their long white coats.

Fact 1: According to the US News and World Report’s 2023 rankings, the acceptance rate for the top 125 medical schools ranges between one and five percent. That means between ninety-five and ninety-nine applicants (the vast majority of which are well qualified) out of every hundred are rejected.

Fact 2: Many required pre-med courses are graded on a curve. That means if there are a hundred students in the class, only a handful are walking away with the coveted A on their transcript. What’s more, some classes, such as dream-crushing organic chemistry, are widely used to weed out lesser-qualified applicants.

Add fact 1 to fact 2 and mix in a bunch of type A personalities. It’s no surprise that they had a term at my college for the pre-med kids: cut-throat. Of course, not every pre-med student is cutthroat, but, in many cases, the shoe fits.

“OK, I’ll buy it. Some doctors felt they needed to be cut-throat as college students to get into medical school. How does that lead to failure in the domain of investing?”

A cutthroat may not appreciate the value of a good teammate. Thus, when assessing financial opportunities, some doctors put too much emphasis on the idea and not enough on the team.

Remember SixDegrees.com? Me neither. But I looked it up. It was the original social networking site, launched in 1997. SixDegrees was based on the premise that none of us are separated more than six degrees from Kevin Bacon or something. Great idea! I bet a lot of people lost a bundle on it.

On the other hand, you probably have heard of a 2003 Johnny Come Lately called Facebook. There are many reasons why Facebook succeeded while SixDegrees failed. But it certainly wasn’t because Facebook is a much better idea — it isn’t. One of the big secrets of Facebook’s success is execution. Love him or hate him, there’s no denying that Mark Zuckerberg knows the value of a good teammate. He assembled a top-notch team, which flawlessly executed his vision.

Marc Arginteanu is a neurosurgeon and author of Azazel’s Public House.

Pediatrician and pharmacist agree: Children should be vaccinated against COVID-19 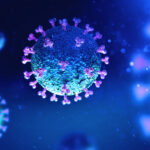 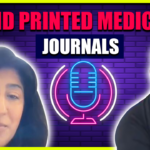