Physicians today are confronting yet another epidemic, one that affects doctors directly and is not caused by a virus. It is the result of the “patient portal” through which patients send typed messages directly to their physicians. Though the portal has benefits, anecdotal experience suggests that high message volume is having a deleterious effect on doctors’ blood pressure.

I have dubbed this phenomenon “portal hypertension,” despite the objections of linguistically territorial hepatologists. Surprisingly, this new form of portal hypertension has not yet been confirmed by a randomized trial, even though thousands of doctors have volunteered to participate, each hoping to be randomized to the placebo group.

Experts hypothesize that this new form of secondary hypertension is multifactorial. One cause is believed to be a lack of sleep as doctors stay up later, answering messages before the following workday. Another is an increase in sodium intake as they consume bag after bag of chips during those evening hours, a phenomenon known to psychologists as the “I-may-still-be-working-but-at-least-I-am-snacking rationalization.” And, of course, there is the surge in catecholamine release that occurs when they click “refresh” after handling a message, hoping for the satisfaction of seeing a decrease in the number of remaining messages, but find instead that two more — like heads of a Hydra — have already replaced it.

What about treatment? Antihypertensive medications have some disadvantages: cost, side effects, and difficulty in quickly clearing them on those occasional days on which a physician manages to be free of patient care responsibilities. The preferred strategy must involve changes in the electronic in-box itself:

Random joyous surprises. For every five authentic messages, there will be a sixth that looks real but is actually a designated smile generator that doctors can customize. One of them might open such a message and see photos of grandchildren. Others might choose to see videos of cute kittens, hear favorite songs or read a joke.

Proof that one is making a difference. Too often, doctors massage outcome probabilities without knowing for sure that a particular action has helped a patient. Therefore, the in-box should provide notification of adverse outcomes that would have occurred but for clinical intervention. For example, on October 12, a doctor might get this message: “Today is the day that your patient, Pernicious Workload, would have had an MI had he not been given statin therapy and the wonderful diabetes control.” Then, on November 5: “Today, Maybelline Marbury would have been diagnosed with lung cancer were it not for your assistance with her smoking cessation.” I acknowledge that there are a few thorny technical obstacles to overcome before this alternative outcome notification can be implemented. However, I have to assume that the programmers who crafted our impeccable EMR systems will be able to figure them out.

Accurate triage. A physician’s blood pressure often spikes in response to truly urgent clinical situations. Unfortunately, it can also increase in response to non-urgent portal messages that are mislabeled as “urgent” or “high priority.” The portal will therefore automatically reclassify as “routine” any message that includes one of the following phrases: “that I’ve had for years,” “a friend of mine,” “that I read on the internet,” “toenail fungus,” and “forgot to mention at our appointment today.”

Elimination of bad news bias. Understandably, patients tend to write when there is a problem, not when things are going well. But a relentless stream of concerns can be problematic for physicians. Therefore, 15 percent of messages should be designated for good news. For example: “Hi. Barbara Green here. I feel great today! I appreciate what you have done to make this possible! I know you’re busy — no need to respond.”

Message diversity. It seems reasonable to assume that portal hypertension would be reduced if messages were communicated in a more entertaining way. Therefore, any patient who has already sent a message within the previous week will be required to compose the next message in verse. Doctors will be able to specify a favorite poetic style. For example, some might find Dr. Seuss most appropriate:

I have a strange symptom that’s causing dismay:

My uvula aches when I’m sending a text.

The doctors at Mayo were very perplexed!

Since I’m leaving tomorrow for three months away,

I hope you’ll be able to cure this today!

Only with texts. Mayo stumped!

Form reform. Completing submitted forms is one of the more hypertension-inducing tasks doctors are asked to do. I propose that each form should prompt an immediate assessment of the physician’s blood pressure. If the reading exceeds a certain level, completing the form will be deemed too dangerous, and the request will be denied. For a one-page form, that level will be 140/85. For forms that are two pages, it will be 120/75. For forms with three pages or more, it will be 75/40. Also, the in-box will provide notification whenever another of a patient’s doctors completes a form instead (see: Random Joyous Surprises, above).

Eliminating needless duplication. Each submitted message will be analyzed by a sophisticated computer program that has yet to be invented. (Again, I am counting on EMR programmers. They can use some of the hundreds of hours they would otherwise spend deciding whether to move the patient’s medication list from the left side of the screen to the right.) Suppose a message is determined to have at least an 87.5 percent “clinical circumstances match” with any message previously answered by that doctor. In that case, the in-box will send the exact reply written for the earlier message, remove the new message from the in-box, and replace it with an online coupon for discounted cookies. (Again, see Random Joyous Surprises, above.)

Ultimately, protecting our patients’ health requires protecting their doctors’ health. We have known for decades that doctors should screen patients for hypertension; we now need to prevent screen-induced hypertension among physicians. 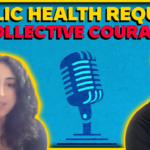 What to do when doctors develop “portal hypertension”
2 comments