My husband’s medical school offered a “key supporters” session during his first-year orientation week. Each student’s family or significant other was invited to attend a two-hour session to learn the schedule of a student doctor and for a panel discussion from current students and their key supporters.

Most people walking out of the room afterward were really nervous. It sounded like students were studying 15 hours a day with no more than 10 minutes of downtime. They were preparing us to do all of the housework and have little to no quality time with our significant other. Not to mention that they told us in fourth year, the students would be rotating all over the country and not living at home! The couples left stressed, but a month into school, we hit our groove, realizing the picture we had going in was not the reality for him or most of his classmates.

The next year, I had my husband email his school and ask for us to be speakers on the key supporters panel to give incoming couples a more balanced, realistic perspective that validated their significant others’ lives as well. The most important understandings that we had going into year one that made the transition relatively smooth were:

My number-one motto in our relationship, in general, is equity and equality. Equity means we don’t have equal responsibilities all the time because it’s based on who can do what at a given moment in time. Equality is the idea that nobody is above a task, and we will shift duties or even roles to the other person when they need help. Over time, it will all even out. This principle plays out in our daily life, which I’ll outline below.

*The only time this changed was during dedicated study time for board exams, which I’ll talk about another time.

Vishal and I divided household tasks when we got married. We completed our tasks from start to finish and didn’t move into the other’s territory unless asked to.

Since I’m a big planner and have anxiety, these principles were essential in minimizing the space housework was taking up in my brain. I learned about these from Eve Rodsky in her book Fair Play. I highly recommend reading it. It completely reshaped the way I thought about running a household. Rodsky also talks about “reshuffling the deck” of responsibilities and redistributing tasks as needed. We do that often when I’m in a busy period at work or he’s studying for board exams. Usually, our division of roles looked like this:

Although one list seems longer, you must also consider the time things take. For example, my husband spends over an hour walking the dogs every day and makes most of their appointments because he has a more flexible schedule.

You are both equally important.

Take care of yourself and your responsibilities.

Be independent of the other person if they are busy.

The hours really aren’t that bad, and you will have plenty of quality time.

Hailey Tharani is a high school history teacher and married to a medical student. 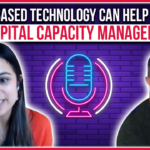