Hearing loss can be a real pain in the rear. Aside from its annoyance on friends and loved ones, it can pose a significant health problem. For instance, there is growing evidence linking hearing loss and dementia.

Yes, impaired hearing can lead to dementia, which is an impairment of cognition. Cognition is the mental process that allows one to acquire knowledge and understanding through thought. It is the function of the intellect, the ability to think. It’s the mind’s ability to rationalize, solve problems and reach correct conclusions about experiences and perceptions. It encompasses memory, comprehension, reasoning, use of logic, computation, problem-solving, and judgment. It requires input to the brain from the outside world via the five senses (vision, hearing, touch, smell, and taste).

Dementia is a decline or loss of cognitive function. The mental processes are impaired. Symptoms include memory problems, impaired reasoning, difficulty with making decisions and solving problems, diminished ability to communicate, and impaired comprehension (difficulty understanding what is communicated).

Human speech and communication are vital for normal cognitive function. This requires good hearing. Sensory input from the ear travels via nerves to the brain’s speech and language centers (for more on the inner ear and sound, see Hearing and How the Ear Processes Sound). From there, the brain processes the sound input to make sense of it. This allows the individual to make proper decisions and take appropriate actions.

Age-related hearing loss, called presbycusis, is a natural phenomenon of aging. It’s rather prevalent; most folks over 70 years old have some hearing loss. Yet it is vastly undiagnosed and undertreated. In contrast, most people with visual impairment are treated early, for instance, with corrective lenses.

Hearing loss causes problems with the detection of speech sounds and reduced word recognition. This leads to reduced comprehension, a decline in the ability to understand the spoken word or a misunderstanding of what is communicated. This leads to problems processing the auditory input since the input is unclear or confusing. People with hearing loss expend more effort and energy to process this unclear and jumbled input at the expense of other cognitive functions, depleting one’s cognitive reserve. In other words, cognitive functions such as memory, reasoning, problem-solving, etc., can be sacrificed to give more attention to processing the suboptimal sensory input from the ears. These cognitive functions may deteriorate from underuse.

Perceiving sound and understanding speech are worsened where there are other distractions such as background noise, for instance, in group settings such as restaurants, meetings, or gatherings with multiple people conversing at once. Impaired communication and comprehension can lead to an inability to engage with other people. If a person cannot engage meaningfully with others, this may lead to a withdrawal from social activities; and social isolation is another risk factor for dementia.

Improving sensory input such as hearing can prevent or reduce the risk of dementia or slow its progress. The most common means is amplification with properly fitted and programmed hearing aids. Naturally, this requires hearing testing (audiometric testing) by a qualified audiologist. If an unusual finding on the test is noted, then an evaluation by an ENT doctor is required.

The federal government and some insurers recognize hearing loss as a significant public health problem, affecting a vast population segment, and requires detection and treatment. Hopefully, in the future, more insurance companies will provide coverage for hearing testing (Medicare does, if ordered by a physician) and cover the cost of hearing aids (which can be quite expensive) for their insureds.

Where are we going with monkeypox? 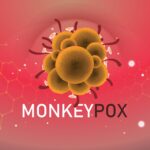