I no longer react to the chiming from my phone when a push notification alerts me of another mass shooting. I have become numb to such alarms. Perhaps it is the increasing frequency of these alerts or a feeling of inevitability, made even starker by my personal and multiple encounters with gun violence in the last year. The gun violence epidemic is ubiquitous.

Ten months ago, there was an active shooter in the Philadelphia hospital where I am completing my internal medicine residency training. I was scared. I trembled as I hid in a locked room with the lights off.

Four months ago, there was a shooting just outside of my house. I jumped when the five gunshots rang out mere feet from my couch. When I sheltered in place this time, the fear didn’t flow through me as it did before.

One month ago, there was a mass shooting two blocks from where I live. The 17 victims were transported to my training hospital. The people who responded to the shooting victim within the hospital had to triage the patients from outside.

This week, there was a shooting at a major city-wide celebration. Two police officers were shot, and both were treated at my hospital.

These local events were also syncopated with national news of mass shootings, sometimes happening simultaneously, with unimaginable victim counts. Now, I simply do not feel a sympathetic response when an event happens.

In medicine, the sympathetic nervous system directs our body’s involuntary response to extreme fear, emotion, or danger. It is colloquially known as our “fight-or-flight” response. This important mechanism was built into our nervous system to quickly engage all appropriate organs to engage with the worst. Run from danger. Fight an attacker.

I remember the first time when a mass shooting alert pushed through on my phone. My nervous system fired. My heart started racing, my skin was warm and flushed from the increased blood flow, and the pit of my stomach dropped. My sympathetic response was fully triggered. This week, another push alert came through on my phone. Another of countless alerts since the first, notifying me of a random group of innocent people gunned down as they went about their daily lives. My heart did not start to race. My sympathy was not triggered.

Of course, I feel sympathy for the victims and their families. However, this sympathy is quickly overcome by helplessness and then usually followed by rage. How has this become so omnipresent that neither my body nor my mind reacts to the news?

These alerts are becoming more frequent. For me, at least, they are getting closer.

A shooting at work. “It was a targeted attack, no real danger.” They said.

A shooting a block away. “It is a city block. These things happen,” I tell myself.

A shooting at home. By now, I am used to the sound.

The official recommendation in response to an active shooter is to “run when able, hide when not, and fight as a last resort. Run. Hide. Fight.”

Perhaps it is a result of inaction and lack of change to policy leading to the increase in the frequency of these events; maybe, it is the sheer inability to comprehend this level of carnage to the innocent. But my “fight or flight,” my sympathetic response, will no longer allow me to run.

Policymakers are running and hiding from this problem. I am deciding that I will no longer lack sympathy. It is time to fight. This is our last resort. 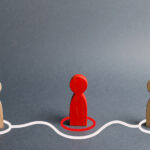 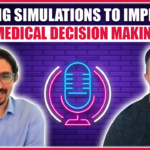