In recent months, three of the nation’s largest retailers have stirred up a frenzy on Wall Street with a string of high-profile health care deals.

Amazon bought primary-care company One Medical in early August for $3.9 billion. That was a month before CVS spent $8 billion to acquire Signify Health and its network of 10,000 clinicians who make home visits (both virtually and IRL). A day later, Walmart inked a 10-year agreement with the world’s largest health insurer, UnitedHealth Group.

But these big deals have come with heavy skepticism. Critics point to past failures as proof that these companies cannot accomplish in health care what they’ve done so successfully in retail.

“Is four times a charm for Walmart (Health)?” snarked a headline in the Journal Of Urgent Care Management after Walmart’s “three previous failures to penetrate any significant share of even its own stores with a retail clinic model.” Others in the industry have taken hard jabs at Amazon’s recent efforts in medicine, citing that Haven (a nonprofit health care venture) and Amazon Care (a telehealth offering) folded within three years.

The skepticism is understandable, but these negative analyses ignore the credentials of the companies in question. After all, you don’t become the largest pharmacy company (CVS), largest online retailer (Amazon), largest health insurer (UHG) or largest company, period, (Walmart) by chance or luck.

I’ve spent most of my career in the business and medical arenas, occupying both spaces. Though I have no insider information about these three retailers, I believe they’re all on similar strategic paths in their quest for total health care domination.

There are two ways to look at CVS’ $8 billion purchase of Signify. One is to assume CVS just placed an overly expensive bet on the “return of the house call” (per the New York Times). Another way is to see Signify as one part of a long-term strategy.

To CVS, the Signify purchase isn’t a wager on home health. It’s a missing piece—an investment in becoming a dominant player across the entire $4.1 trillion health care industry. In that context, $8 billion is a small price to pay.

Unlike most new entrants in health care (primarily middlemen who offer point solutions for the industry’s existing problems), corporate giants like CVS, Amazon, and Walmart aren’t entering the health care market for short-term profit. They want it all.

To dominate all of health care, they can’t be reliant on (or held hostage by) any of the legacy players. Instead, they want their own pharmacies, health insurance plans, clinics, and physicians. So, how are they doing so far?

Pharmacy: check. Already, CVS claims 10,000 pharmacy locations. Walmart has 5,100 of its own. Amazon, meanwhile, has parleyed its 2018 acquisition of PillPack into its own pharmacy offering in all 50 states.

As for insurance, Walmart now has a partnership with UnitedHealth. CVS acquired Aetna in 2017. Using the physician networks of these insurers, the two retailers can now provide medical care and attract new patients.

Amazon, however, is just getting into the game. That’s why its acquisition of One Medical—with its 800,000 subscribers and 188 clinics across 25 metro areas—is an important step. Here are three reasons this move makes good short- and long-term sense.

One Medical is in expansion mode. And growth, as Amazon knows well, is expensive but essential. In health care, expansion involves acquiring buildings and hiring staff before the organization receives any revenue.

Amazon is thinking ahead. For a company like Amazon, with $60 billion in cash reserves, One Medical’s $250 million loss last year is like a rounding error, particularly given the retailer’s long-term vision. Looking ahead, if Amazon can capture even 10 percent of the U.S. health care market, the company would add $400 billion dollars a year in revenue, nearly doubling its annual topline.

There’s power in members. One Medical’s unique membership model has the potential to attract not only millions of new patients but also thousands of excellent physicians, many of whom are dissatisfied with the treadmill pace of medicine. Currently, most primary care doctors have to care for 2,500 patients to earn $220,000 (the average income). But with One Medical’s $200 a year membership fee, a physician who cares for only 1,500 earns $300,000 (even before seeing a single patient). This means One Medical physicians can spend significantly more time with each patient, which is shown to improve care.

Once these companies have assembled the care-delivery, insurance, and pharmacy pieces, I believe they’ll pivot toward making medical care more effective and efficient. Why? Because that’s where the money will be.

They recognize that health care is headed toward a fiscal cliff. U.S. businesses and government payers can’t keep funding ever-higher insurance costs. So, instead of looking for ways to raise already high prices, the retail giants will generate health care profits by eliminating inefficiencies. There’s plenty of opportunity to do so. Researchers estimate that 25 to 30 percent of U.S. health care spending is wasted.

The most common reimbursement model in the United States is called “fee for service,” whereby doctors receive a payment for every test and treatment—even when these services add no value. This pay-for-volume approach incentivizes physicians and hospitals to over-test and overt-treat and, as a result, drive up costs. This explains why health care inflation has risen nearly twice as fast as general inflation for decades.

The alternative to fee for service is capitation, a prepaid approach to medical care.

In simplest terms, capitation involves paying clinicians (in a medical group or health system) a fixed, annual, up-front sum to provide all the care their patients need. With capitation, physicians are prepaid based on their patients’ age and known diseases. And because doctors receive a fixed annual amount, they do best financially when they address medical problems before they become severe.

Right now, the best opportunity for these retail giants to take advantage of capitation is through Medicare Advantage (MA). This program—a private-sector alternative to traditional Medicare—is fully capitated and growing rapidly (on pace to receive $665 billion in federal spending by decade’s end).

In 2023, the largest private insurers will be rolling out MA plans in more than 200 new counties. But they’re not the only ones who see an opportunity. All three mega-retailers have made acquisitions that give them an on-ramp to Medicare Advantage.

These large corporations recognize that making Medicare Advantage even 15 percent more efficient and effective would generate $100 billion for the taking. And they know that with 10,000 Baby Boomers turning age 65 each day, MA will continue to be a high-growth market in the future.

The long game: dominate the market

To win in the long game, CVS, Amazon, and Walmart/United can’t be niche players in a narrow part of the health care ecosystem. Having mastered capitation through Medicare Advantage, they’ll look to expand, offering capitated products to self-funded businesses, their employees, and, ultimately, everyone.

Once the companies have their own insurance products, pharmacies, and physician networks, they’ll go for the jugular.

They’ll select and hire their own medical specialists. They’ll progressively internalize specialty care. And when they have to contract out for specific services, their massive size will allow them to purchase care (hospital or outpatient) at far lower costs.

For large retailers, the recent acquisitions and partnerships aren’t ends in themselves. They’re opening moves in a long game that will play out over a decade or longer. Though many bumps and barriers could derail their progress, it would be foolish to bet that none of these behemoths will succeed, especially given what they’ve accomplished in retail. 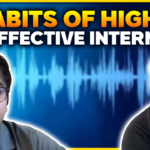 Let's meet in child's pose and welcome the day 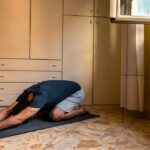