One of the most radical implications of the literature on early childhood trauma is that abuse needs to be eliminated from all of our relationships: our families, teachers, colleagues, and government. When government leaders create a new policy, they can proceed in a way that disempowers constituents, or they can proceed in a way that fosters dialogue and shared decision-making. Ironically, the development and implementation of California’s policy to address childhood trauma provides an example of leadership with good intentions but execution that was neither trauma-informed nor evidence-based.

Many states have developed or are developing public health policies to reduce adverse childhood experiences (ACEs). The original ACE study defined ACEs as child abuse and neglect, plus parental separation or divorce, a household member with a mental illness or substance abuse problem, domestic violence, and incarceration of a household member. This study found that the accumulation of ACEs was linearly associated with an increased risk of medical problems in adulthood, including mental illness, substance abuse, sexually transmitted infections, cardiovascular disease, liver disease, pulmonary disease, and cancer. Numerous studies have corroborated the finding that ACEs are associated with an increased risk of medical problems and psychosocial problems such as school failure and homelessness. Thus, there are good reasons for states to take action, but what action to take is less clear, given gaps in evidence.

A trauma-informed approach to creating state policy would empower constituents by considering both public feedback and the latest scientific evidence such that the resulting policy is viewed as coming “from us” and justified rather than something that is being “done to us” and questionable. California solicited public input through the AB340 Task Force on Trauma and later public commentary. However, the policy that was implemented ignored AB340 recommendations to allow provider choice of a tool for ACE screening, despite the fact that no tool had (or has) such extensive evidence for validity that a state policy is justified in determining reimbursement based upon the use of that tool only. There was also no formal response to public concerns about the use of an ACE score to differentiate patient risk, which various authors have noted can result in potential harms, including misdiagnosis, unnecessary anxiety, and inappropriate use of community resources with unclear benefits. It is not clear why California chose this approach. My best guess is that the simplicity of giving providers a number (ACE score) was appealing, as was the idea of having pediatric patients throughout California use the same tool (a strategy that might be justifiable after best practice is determined).

Advocates of the current California ACEs policy point to population-level research which shows a clear linear association between more ACEs and more health problems, and therefore they argue that there is enough evidence for using an ACE score in clinical practice. But to translate population studies into clinical practice for the purpose of screening generally healthy patients, individual-level research is needed on the psychometric properties of a screening tool. Population-level research shows that increases in ACEs are statistically significantly associated with group mean health problems. But an individual patient does not care about a group mean; they want to know about their own risk. A recent study evaluated whether an individual’s ACE score predicted the risk of poor health outcomes for that same individual. This study found an ACE score was associated with increases in group means for later health problems but was barely above chance (not much better than flipping a coin) in predicting an individual’s risk of health problems. This is not surprising since an ACE score by itself does not factor in resilience and protective factors that reduce the impact of ACEs. Focusing on an ACE score also misses a key opportunity in pediatric practice: preventing ACEs.

There is an alternative approach to incorporating information about ACEs into pediatric practice. This is to screen for specific ACEs (e.g. parent divorce or mental health problem), and this approach may explain more variance in outcomes than the use of a total ACE score. Consideration of specific ACEs by pediatricians is consistent with a biopsychosocial model aimed at promoting optimal child development through healthy parent-child relationships. Suppose patient care focuses on response to specific ACEs. In that case, potential harms of using an ACE score are unlikely because the goal is to understand the family context and address specific risk factors, not to make a diagnosis based upon a total score. Furthermore, patient counseling and education can be tailored to specific family needs rather than a number that has been evaluated in population-level but not individual-level research.

While more health care research is often needed, governments do not have to wait for the completion of research to set policies to promote public health. Governments can proceed with policies so long as these are justified based on current evidence and developed through shared decision-making with the public. Regarding addressing ACEs through pediatric practice and in consideration of current evidence to date, I suggest that state policy on ACEs:

A policy that allows provider choice of tools and workflow supports provider autonomy and response to patient preferences while encouraging clinical innovation and research to determine best practices.

California’s new leadership on ACEs has an opportunity to amend the current ACEs policy, and other states have an opportunity to learn from related scientific and public discourse before implementing their own policies on ACEs. Arguably, all government action should be justified based on evidence and respectful of the perspectives of constituents. However, this is particularly important for policies about ending childhood trauma since the process of policymaking in and of itself provides an opportunity for modeling how to create healthy relationships throughout our society. 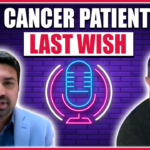