That was the feeling of many pediatricians nationwide as we were hit in the face with the bomb of the COVID pandemic and all of the challenges it would bring, notably in the demands for mental health care. This skyrocketing demand led to the declaration of a state of emergency by the American Academy of Pediatrics in 2021 and a call for pediatricians to do more to address these mental health needs in clinics. Unfortunately, this urge came to a group that was already stretched thin by an ever-growing list of impossible demands. Though everyone knows that a pediatrician does not cower at adversity. Rather, they throw on their armor and act to serve the good of their patients, even if it means taking on mental health care in clinical practice.

I was a third-year pediatrics resident when COVID struck and had already been accepted into a post-pediatric portal program (PPPP) to follow graduation. The PPPP is a 3-year program for training in both adult and child psychiatry, with only a few locations nationwide. The PPPP is similar to the Triple Board Program but designed for those who have already completed a 3-year pediatrics program.

Boy, was this a time to be entering the field of psychiatry. When I started on the inpatient unit, we heard rumors about how summers were typically the slow lull for child psych, but since my psychiatry debut, the inpatient unit has continuously been at full capacity with an ever-flowing waitlist, the ED calls and inpatient consults have been relentless, and our outpatient clinic referrals have been piling up into an abyss.

I initially elected to pursue psychiatry training because I was essentially treating these same patients, parents, and concerns in our pediatric primary care clinics, but I was not allotted adequate time or resources to properly provide the care they needed. I wanted to get to know these people as people, their struggles and their victories in great detail and to spend my day forming personal connections rather than bouncing from room to room struggling to keep up with my charting. I dreamt of being able to metaphorically hold their hands for more than just a five-minute check-in. I yearned to sit in the room with them, not just to produce the façade of spending more time with them as we were taught in medical school, but to spend the time in their company. More than anything, I just wanted to listen. So I sought that time and support through this path instead.

I have loved my time in this exotic field of psychiatry and believe I chose the right path for me. But having more time to spend with these struggling kids, I realize even more intimately the challenges they are facing in daily life. I recognize that neither they nor the current state of medicine is adequately equipped to conquer these beasts. These kids need support, counseling, and medication. Often, they just need someone to stop their day and listen. I feel like I have been just that, and it has been the most fulfilling role I have served in medicine so far.

What once was benign functional abdominal pain has become a method of school avoidance due to fear of being shot at school or auditory hallucinations and psychosis driven by literally going crazy from unrelenting cyberbullying. These kids need our help. As a rising child psychiatrist, I feel ready and beyond willing to help them through this with whatever means I have.

I know most of you did not sign up for this when you entered medicine and went into GI or neurology (sorry, neurology, you kind of did). For that matter, even you primary care folks did not dream of treating depression patient after patient. Pediatrics is supposed to be a magical wonderland of happiness after all! But, whether we like it or not, this is what our patients need now, and this is what we must provide.

Pediatricians are ideal warriors to serve on the frontlines of this battle for numerous reasons. They have the privilege of a longitudinal relationship, sometimes from birth into adulthood, through which they are familiar with the child’s full medical history, which often ties in with mental health concerns. Through this relationship, they also have the opportunity to build unwavering trust and become a pillar of guidance and hope in a child and family’s lives. With this perspective, they can recognize these problems early in the presentation and address them before they reach crisis mode, costing the patient, their families, and the health care system as a whole undue hardship and cost.

For reasons such as under-diagnosis, stigma in seeking care from a psychiatrist, and insufficient resources, only about 30 to 50 percent of children with mental health concerns are receiving mental health care. When one considers that there is a ratio of one child psychiatrist to 1,200 children with mental health concerns nationwide, 30 to 50 percent receiving appropriate care, is actually quite impressive and also incredibly disheartening. But that’s where the pediatrician can be an invaluable, and likely often a life-saving, resource in this fight.

Mental health problems should be treated as any other medical problem presented to the clinic, managed as able, and referred out when they exceed that limit. With concerns such as asthma, rashes, and headaches, the pediatrician typically attempts a first- and second-line intervention, and then they often refer out to a specialist only after these attempts fail to correct the problems. Why should the approach be any different for concerns such as depression? We, as physicians, are only furthering the stigma.

I write this article to tell my story and present pleas from the AAP from us psychiatrists and your patients and their families to do what you can to help combat this crisis. The draft has started, and we physicians have all been chosen. It is time to suit up and head out onto the battlefield with our patients.

Rosie Gellman is a child psychiatrist. 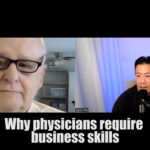 Death is what gives life meaning