Brain matter was spilling out the top of the patient’s head in the trauma bay. It doesn’t take a neurosurgeon to know that this is not normal. My pager screamed, “GSW to head – ED Room 1.” Gunshot wound to head – Emergency Department Room 1. As the neurosurgery resident physician on call that night, it was my job to evaluate this patient STAT. I wish I could say this was the only time I’ve dealt with such a horrifying scene. Frank brain protrudes out of the skull of another human being who has either shot himself or been shot. But far from it. I’ve encountered this scene over, and over, and over again. This patient shot himself in such a way that did not kill him immediately. Instead, he inflicted enough damage to make us doctors use phrases like no meaningful recovery, persistent vegetative state, ventilator-dependence, and we just don’t know, while talking to the grieving family members who have to make impossibly cruel medical decisions on behalf of their loved one. I contemplated these challenging conversations that I would soon have with his family as I quickly stitched up his scalp to stop brain from leaking out. I knew stitching his scalp would do nothing to change his outcome.

Gun violence is a public health crisis in America. This is hardly news to anyone at this point. However, the news cycle often focuses on mass shootings and does not paint the whole picture. Gun violence includes homicides, unintentional shootings, assaults, suicides, and mass shootings. More than 39,000 people in America die each year as a result of gun violence, and tens of thousands more sustain non-fatal injuries. Death by firearm in America seriously outpaces that in similar countries. Of all the deaths from guns in nearly two dozen populous, high-income countries (including Australia, France, Italy, Spain, and the United Kingdom), 82 percent occur in America. In addition, 91 percent of children (ages 0 to 14) killed by guns from this group of countries were from America. While gun violence impacts us all, we know that it takes a disproportionate toll on young adults, males, and racial and ethnic minorities. In American residents aged 15 to 24, homicide is the 4th leading cause of death for non-Hispanic whites, the 2nd leading cause of death for Hispanics, and the #1 leading cause of death for non-Hispanic blacks. We have also seen time and time again how gun violence affects women and children too. Intimate-partner violence in the U.S. results in over 600 women killed each year by guns. And while most gun violence is not related to mass shootings, in 2019, there were 417 mass shootings in the U.S., which killed a total of 464 people and injured another 1,710.

In addition to the excessive number of premature deaths, gun violence in America takes a tremendous toll on society in terms of cost and repercussions. Gun violence costs Americans approximately $229 billion annually. Additional societal costs include medical and mental health services, emergency transportation and care, police and criminal justice activities, insurance claims, loss of work, and decreased quality of life. There are approximately 329 non-fatal gunshot injuries each day, which result in physical disabilities as well as emotional trauma for victims and/or their loved ones. The most frustrating part about gun violence for me as a physician is knowing that it is preventable. Gun violence across America is not inevitable. We can now take steps using a comprehensive public health approach to make America safer and healthier.

Gun violence should be declared a public health emergency, and our government should immediately enact multiple public health policies to save lives now. I implore the U.S. Senate to reinstate the federal ban on assault weapons and high-capacity ammunition magazines, which expired in 2004. On July 29, 2022, the House of Representatives narrowly voted in favor of passing new firearm restrictions. In March 2021, the House of Representatives also passed H.R. 8, the Bipartisan Background Checks Act, which would expand background checks for all firearm purchases with limited exceptions. I strongly urge the Senate to pass these important pieces of legislation without further delay. I urge more states to follow Connecticut’s example of stricter gun laws, which were linked to a large drop in gun-related homicides in their state. In 1995, Connecticut enacted stricter gun laws which required citizens who wished to purchase a gun to apply for a permit, undergo a background check, and complete at least 8 hours of gun safety training. In addition, the law raised the minimum age for purchasing a gun from 18 to 21. Since this law was implemented, research from 1995 to 2005 demonstrated a significant decrease in the number of gun-related homicides in Connecticut relative to comparable states (including Rhode Island, New Hampshire, and Maryland). Connecticut demonstrated a 40 percent decrease in gun-related homicides based on these comparable states. I urge the federal government and individual states to now pass stricter gun laws to save lives.

As a neurosurgery resident working in a level 1 trauma center in the U.S., I have seen many devastating injuries and deaths due to gun violence. The afflicted patients include young men, women, children, and vulnerable populations. Gun violence disproportionately affects young men, particularly young black men. I can recall a recent global case conference with neurosurgical colleagues from other countries (one of the benefits of Zoom calls). We discussed a U.S. patient in our care affected by gun violence. It was chilling to hear our foreign colleagues say they had never treated a patient with gunshot wounds. It just doesn’t happen where they work. Of course, they have plenty of challenges and problems, but gun violence is not as common as it is here. In my opinion, gun violence in America is a public health emergency. Gun violence is preventable. We cannot rest until widespread gun violence in America becomes a distant nightmare. Humbly, from a neurosurgeon-in-training, I plead that ending gun violence in America should be a no-brainer.

Kelly Chamberlin is a neurosurgery resident.

A physician's reflections with certainty in medicine [PODCAST] 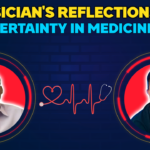 Why expand telemedicine for arthritis patients? 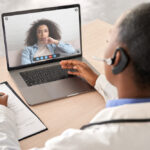