The callous and inhumane dislocation of migrants recently perpetrated by governors of the states of Florida and Texas reminded me of an equally disdainful and appalling tactic utilized by health care workers since the 1960s: “Greyhound therapy.”

Greyhound therapy refers to attempts by health care workers and administrators to remove undesirable patients from emergency rooms, hospitals, and other types of facilities by providing them one-way tickets on a Greyhound Lines bus to another far-away location, hoping they will never return. Some of the patients are troublemakers and rabble-rousers known to frequent emergency departments, but the majority are destitute, homeless, or mentally ill – or all three – and deserve our compassion.

Greyhound therapy is still in play in certain medical and mental-health circles. Between 2013 and 2018, a state-run psychiatric hospital in Nevada routinely bused patients to places they had never been or had no ties to, providing only a few days of food rations and medication for the trip. A class-action lawsuit was filed against the hospital on behalf of approximately 1500 patients that were cast off, and a Las Vegas jury returned a unanimous verdict in favor of the patients, awarding each person $250,000 for the hospital’s egregious treatment.

A far more common but no less derisive practice is patient “dumping” – discharging uninsured and undesirable patients to the street or transferring them to another facility. Patient dumping was – and still is – such a huge problem that it literally has required an act of Congress to stop it: the federal anti-dumping law passed in 1986 known as the Emergency Medical Treatment and Active Labor Act (EMTALA).

Under EMTALA, patients must be medically screened and stabilized prior to discharge or transfer. If a hospital is unable to stabilize a patient given its resources, or if the patient requests, a transfer may be made with the consent of the receiving hospital.

Greyhound therapy, dumping, and the busing of migrant workers have their roots in the “Freedom Riders.” Freedom Riders were civil rights activists who rode interstate buses into segregated southern states in 1961 to challenge Jim Crow laws that remained in force despite Supreme Court decisions that outlawed segregation in schools and public buses and depots.

The past behavior of bigots is remarkably similar to the current behavior of the governors of Florida and Texas. As one columnist observed, the two governors simply followed an old playbook by shipping the migrants North. The governors were not clever. They were racist. At least officials in Arizona coordinated their efforts to relocate migrants.

The recent display of vindictiveness shown by the governors cannot be attributed to implicit bias. Implicit bias originates in prejudices that unknowingly influence how people are treated, especially minorities. However, there is nothing unknowing or unconscious in the minds of those who orchestrate and approve the trafficking of vulnerable populations.

Exploiting people’s misery for political gain is shameful and no more acceptable than sending patients on dead-end journeys. JFK characterized the Reverse Freedom Rides as “a rather cheap shot.” He envisioned government contractors would treat their employees without regard to their race, creed, color, or national origin. Shouldn’t the same hold true for health professionals?

The notion of equal medical treatment dates back to Hippocrates. He stated: “Into whatever homes I go, I will enter them for the benefit of the sick … whether they are free men or slaves.” In many U.S. medical schools, it has become customary for incoming medical students to write and recite their own versions of the Hippocratic Oath. Many of the variants include language that specifically prohibits discrimination or bias in the practice of medicine.

I have often wondered about the state of mind of health care providers who approve of one-way travel as a solution to homelessness, drug addiction, and mental illness. Health officials in Nevada strung together a thin veil of excuses, ranging from denial to arguing that they were sending patients directly to family members and other mental health facilities – possibly true in a few cases but utterly false in a majority of them. Clearly, there was a blatant disregard for human rights fueled by prejudice and stigma against the mentally ill.

Nevada is not alone in its brazen treatment of psychiatric patients – nor do southern states own the exclusive rights to export its citizens. New York City secretly sends the homeless to Hawaii and other states. Only in rare instances does travel therapy aim to be genuinely therapeutic.

For example, Hawaii has attempted to reunite homeless people with relatives on the mainland, so-called airplane therapy. But due to the high cost of running such a program and the fact that approximately one-third of Hawaii’s population is transient or from out of state, the number of needy people who actually benefit is very small.

The American Medical Association is worried about “scope creep” that threatens patient safety, i.e., the infusion of advanced practice providers into medical practice. I’m more concerned about the impact of crass politics. Anyone – politician, provider, or health care administrator – who uses human beings as pawns for leverage or personal gain, or displaces or disrupts their medical treatment for prejudiced reasons, should be guided through serious self-reflection around how racism has entered their lives and, more importantly, affected the lives of innocent people and disadvantaged patients.

Politics, whether inside the Capitol or the hospital C-suite, should never take precedence over people. Leaders and caregivers must never forget the welcoming inscription engraved on the base of the Statue of Liberty – “give me your tired your poor” – and especially the words that follow: “Send these, the homeless, tempest-tost to me.”

Migrants, like many of our patients, are overwhelmed by life’s circumstances. We are, and always have been, a nation that opens its arms to vulnerable people rather than consigns them to a destination far worse than where their journey began.

Giving up the knife: Saying goodbye to surgery

Is your smartwatch smart about your health? 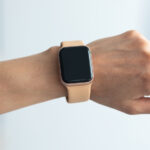