Big Tech has had a surprisingly small impact on U.S. health care, so far.

Artificial intelligence, for example, outperforms physicians in many complex tasks (like reading mammograms and analyzing chest X-rays), yet AI remains woefully underused. Meanwhile, many have tried to spur operational efficiency using big-data analytics, but care delivery remains as inconsistent and ineffective as ever. Perhaps the most telling example of Big Tech’s struggles in medicine: 9 in 10 health care organizations still rely on fax machines to exchange important patient information.

Two tech giants are trying to change all that — and capture a meaningful slice of the $4.1 trillion Americans spend on health care each year.

Their approaches couldn’t be more different. One company is dutifully abiding by an old, unwritten rule of health technology. The other is poised to rewrite the health care rulebook altogether.

In most industries, technology has been used to disrupt or displace the incumbents. That’s how ride-sharing apps shook up the taxi industry, how online booking sites changed travel and how streaming platforms bested cable companies.

In health care, however, the safest and most reliable path to success is different. Tech companies make a profit by (a) playing it safe and (b) playing nice with hospitals, physicians, insurers and drug companies.

Late last month, Apple released a 59-page report it referred to as “a snapshot of our work to advance health.” It was supposed to be a big, bold announcement, positioning Apple as a major force in health care.

Instead, critics called it a desperate maneuver — a fickle attempt to convince shareholders that the company is keeping up with its rivals.

The media backlash was swift, severe and certainly not what CEO Tim Cook must have envisioned three years ago when he said Apple’s “greatest contribution to mankind” would be health-related (a claim that was conspicuously absent from the company’s near-60-page report.)

For all the report’s lofty language, there was no evidence in it to suggest that Apple is on course to drastically improve American health.

Take the “Apple Heart Study,” which aimed to prove the Apple Watch can accurately detect atrial fibrillation (AFib). The effort was a classic case of rule-following: Apple aligned with a prestigious academic research partner (Stanford), funded the massive research project and took a lengthy PR victory lap when the results came out.

Independent researchers were less impressed with the findings, which some called “useless” due to the study’s poor demographics, a high dropout rate and the lack of follow-up. Critics also pointed out that mass screening for AFib might actually “do more harm than good.” As for the watch, itself, another study found that “only 13 percent of people who were later diagnosed with atrial fibrillation had gotten an irregular heart rhythm notice previously.”

To be clear, the watch may someday contribute to the growing arsenal of tech-based tools used to detect AFib and other medical conditions. But that’s not the kind of contribution Tim Cook promised years ago.

What’s most frustrating about Apple’s modest dealings in health care thus far is knowing how capable the company is of doing so much more. It has the people, power and products to revolutionize health monitoring — especially for the 30 percent of U.S. adults living with two or more chronic diseases (e.g., diabetes, heart failure, hypertension).

That population doesn’t need another medical device that generates terabytes of health data (EKG tracings, blood-pressure readings, etc.). And that population’s already overburdened doctors definitely don’t want all that data clogging up their health records either.

What chronically ill patients need more than anything is a device that tells them one of two pieces of information:

1. You’re okay. Meaning, your measurements (heart rate, blood glucose, etc.) fall within an acceptable range that has been pre-determined by your physician.

2. You’re not okay. Something is off and you need to call your physician immediately.

This type of tech — powered by a combination of AI and algorithmic tools — could save thousands, maybe millions, of lives without overwhelming doctors. Apple hasn’t yet created it because doing so would make the company a provider of medical care. Were that the case, any error in measurement or analysis would subject Apple to significant medical-legal risk.

Tim Cook knows that playing it safe and playing nice with health care’s biggest players all but guarantees future profitability. But until Apple is willing to take risks and challenge the status quo, it’s unlikely to make a meaningful contribution to our nation’s health.

Amazon: Poised to rewrite the rules of U.S. health care

The same week Apple released its underwhelming report, Amazon announced the $3.9 billion acquisition of One Medical, a membership-based primary care practice based in San Francisco, New York and 23 other metro markets.

For Amazon, it was the latest in a series of big moves that constitute anything but “playing nice” with health care’s existing powers. In recent years, the world’s largest online retailer has launched its own pharmacy, its own telehealth and urgent-care services, health-tracking device, health-data arm, cloud-based medical records service, and its own series of neighborhood health centers situated near employee hubs.

The company now seems intent on doing in health care what it did to retail: take it over.

Of course, critics are quick to point out that medicine isn’t retail. Health care is complicated and Amazon has already had to change course twice. First it was Haven, a nonprofit venture created for the employees of Amazon, Berkshire Hathaway and JPMorgan Chase, which disbanded after just three years. At the time, experts argued the U.S. health care system was just “too complex to be disrupted” by Jeff Bezos and his billionaire buddies.

I disagree. I believe Bezos’ vision for Haven (and for health care) was just much bigger and bolder than that of his executive counterparts. In fact, I’ve said before that anyone who thinks Bezos’ end goal with Haven was to create a not-for-profit health care service just for employees probably also believes that Amazon only sells books.

Amazon’s other health care retreat happened last week, announcing it will unplug its virtual care operation later this year, likely pivoting to an expanded telemedicine service through One Medical.

With the One Medical acquisition, Amazon scooped up 188 clinics and 700,000 patients, along with enough physicians and support staff to care for them. And with $60 billion cash on hand, the company can continue to scale up quickly in years to come.

Both Bezos and his successor Andy Jassy understand that if Amazon can satisfy patients as much as it pleases current retail customers, health care disruption and domination are within reach. And if Amazon does, in fact, take a customer-service approach to health care, we can expect it will negotiate the best prices on everything from drugs to doctor visits. It’ll emphasize cost- and information-transparency, both of which are sorely lacking in health care today. And it might even introduce user feedback tools (like its 1 to 5-star product reviews).

Expect Amazon to also create business synergies, as well, potentially bundling Prime membership with enrollment in One Medical and/or leveraging Amazon Web Services to bring telehealth and patient data into the 21st century.

Still, for Amazon to succeed, it will need to keep investing in growth and scale.

One or two million Amazon patients won’t cut it. After all, UnitedHealthcare Group has 70 million members while Humana, the smallest of the “Big 5” insurers, boasts 16 million.

In the end, if Amazon can scale up and make health care as easy as its beloved one-click “buy now” feature, the company will put every existing industry player on its heels. And it will leave its Big Tech rivals, including Apple, in the dust.

The hidden world of chronic disease

If you can't connect the issues, think connective tissues [PODCAST] 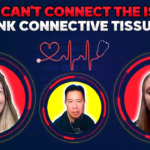 Amazon vs. Apple: Only one will rewrite the rules of health care
1 comments