In the mid-1980s, with the AIDS epidemic on the horizon, austere conservative Margaret Thatcher sanctioned the first needle exchanges in the U.K. to prevent the budgetary burden that HIV might otherwise have become on the National Health Service. Nearly forty years later, New York City opened its first supervised injection sites in November of 2021, where intravenous drug users inject their substances of choice under the watchful eye of staff bearing clean needles and Narcan – a triumph of harm reduction long fought and barely won in the United States.

Understanding harm reduction means separating the intrinsic versus extrinsic dangers that drugs may carry: fentanyl’s innately high binding affinity for the mu-opioid receptor confers an intrinsic risk of respiratory depression and fatal overdose. Contrarily, unknowingly consuming fentanyl-contaminated methamphetamines is an extrinsic hazard conferred by a wildly unregulated market that precludes standards for manufacturing and labeling. Moreover, high extrinsic risks often masquerade as intrinsic risks: fentanyl’s appearance in the American illicit market results directly from drug prohibition, which predictably favors stronger, denser products that are easier to smuggle by volume then dilute for distribution. Thus the fentanyl overdose crisis is less about fentanyl’s intrinsic properties than the milieu of prohibition that has resulted in drugs becoming predictably more potent over time.

At its most superficial level, harm reduction offers emergency bandaids on a range of risks: naloxone against opioid-driven respiratory suppression and clean syringes to prevent the spread of bloodborne pathogens. The radical Harm Reduction Coalition invokes deeper questions of justice and equity in social concerns that intersect with harm reduction: housing access, rights of sex workers, racial inequality in policing, and a number of other issues.

Putting all this together, your average Department of Health-led Narcan giveaway offers practical aid for immediate overdose crises but hardly alludes to (and may even oppose) disrupting the process of harm itself; the policies, laws, and socio-cultural norms that create extrinsic harms in the first place. Harm reduction asks, for example, that we provide clean needles and fentanyl test strips to reduce overdose and bloodborne infection. But disrupting the source of harm means challenging the extrinsic threat of incarceration that drives needle sharing and contaminated drug supplies at a time of historically unprecedented pharmaceutical technology.

Harm reduction favors law enforcement-assisted diversion (LEAD), drug courts, and drug treatment over incarceration. Disrupting harm requires that we interrogate the classification of drug use as a crime in the first place and question whether coerced treatment is just or effective when inflicted with the threat of incarceration. Harm disruption further demands that drug users’ rights to autonomy and self-determination inform the policies that affect their lives.

Harm reduction passes out clean syringes, often in underfunded, marginalized facilities. Harm disruption asks why the notoriously conservative Thatcher government-funded needle exchange as a cost-saving measure, but how cost shifting in a profit-driven health care market (such as the shift from private insurance to Medicare when a person becomes disabled by HIV/AIDS) annihilates incentives for evidence-based prevention strategies in the United States’ privatized health care sector.

Harm reduction offers critical services to marginalized individuals. Harm disruption requires an accounting of the global disaster that the drug industry and the war against it has inflicted on hotspots like Mexico and the emerging narco-state in Afghanistan since the fall of Kabul’s civilian government in 2021.

Harm reduction offers a razor margin of individual safety during drug use, often with the overarching goal of eventual abstinence-based recovery. Harm disruption acknowledges the ineluctable role that drugs like psychedelics, analgesics, and stimulants play in the plasticity-driven environment of the human brain, recognizing that a drug-free world would be a world bereft of some of humanity’s greatest artists, writers, musicians, inventors, and thinkers.

Harm reduction rings revolutionary with its origins in for-us/by-us spaces formed from the raw earth of mutual aid and autonomy among the most marginalized people. That subversive spirit deflates when the label is co-opted by well-meaning law enforcement agencies who proudly hand out Narcan while continuing to execute arrests under drug-war mandates. In that setting, harm reduction can be ultimately reductive, reducing individual misery and harm from drug prohibition to the tax-payer price of ER bills, HIV care, and incarceration. A harm disruption framework creates a discrete arena for policy wonks, health care equity advocates, economists, and families of overdose victims to address the policies and social norms that drive extrinsic harm without invading the critical space for people who use drugs to care for each other.

Thatcher’s initiatives have never come full circle, leaving the promise of fully integrating people who use drugs into all facets of society unfulfilled. A harm disruption framework that goes to the heart and root of drug-related harms can breathe new fire into the revolutionary spirit that underlies harm reduction and bring new life to the old Hippocratic adage:

First, we were told to do no harm.

First, now, we must disrupt harm.

As we live in fear, there is still hope 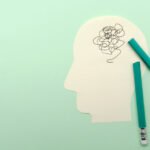