Any physician needs to be familiar with appropriate compensation through benchmarking data such as that published by the Medical Group Management Association (MGMA). However, while this may be one of several critical issues for a male physician, the benchmarks are especially important for women physicians.

Accordingly, insistence on compensation consistent with benchmarks is obviously of critical importance for female physicians. An employer must explain the discrepancy if the salary, signing bonus, relocation allowance, or other compensation offered is less than the relevant benchmark.

Ascertaining the culture of a new employer is another factor that is important to male physicians but absolutely vital to female physicians. Rating sites such as Rate Your Healthcare Employer can help you avoid a miserable working environment. I am currently representing a female physician who is interested in renegotiating her contract. I sent a letter discussing all of the contractual issues to the employer’s legal counsel. A few days later, my client was accosted in the hall by her supervisor, who said they needed to talk about my letter. Notwithstanding her protests that her lawyer should be involved, her supervisor insisted that “this will only take a minute” and that the two physicians should discuss the situation.

The meeting drug on for over an hour, and my client became increasingly upset by how her supervisor treated her. At one point, the supervisor asked her why she was so “sensitive” and “emotional.” Presumably, a male physician would not be expected to become upset when discussing a little detail such as his career, no matter how much disrespect he may be shown.

Another issue that is important to all physicians, but can assume enormous importance for a female physician, is the disability provisions of a contract. Although federal law requires the employer to treat pregnancy like any other disability, many employers (hopefully unknowingly) violate this law. Some employers have specific maternity leave provisions. If a female physician thinks it is at least possible that she may wish to have a child in the future, these provisions should be carefully examined. Although I am obviously biased, having your attorney inquire about these provisions in the context of many other questions might reduce the possibility of setting off alarms for the employer.

What makes up the ideal residency program for you? 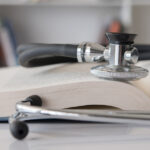 How to improve medication adherence [PODCAST] 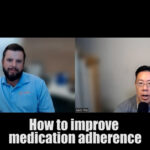