I read a superb commentary in STAT, “Value-based payment has produced little value. It needs a time-out,” that reviews the failures of “value-based care” and the failure of its promoters to acknowledge those failures. Ideas conceived, tested and found lacking, and used as the basis for more of the same. Distracting from real health system reform.

So I thought, wouldn’t it be terrific if the originators of flawed health policies disavowed them once it was clear they didn’t work? Isn’t that the path to progress in any domain? Below is the type of essay I’d like to see from prominent senior center-left health economists. My sample version is synthetic and generic, suitable with straightforward revision for dozens of economists I’ve known and followed. Thanks to the New York Times for suggesting the “I was wrong” approach.

I wrote back in the 1970s and repeatedly since then that we could improve the performance of our health insurance system through concepts and tools like “managed care,” “value-based care,” and privatization of government health insurance. I was wrong; the fixes failed and usually exacerbated health system problems.

I thought we could build on WWII job-based insurance and Great Society public programs. I thought the path of least resistance – fine-tuning the multiplicity of underperforming insurance programs – was the simplest path to an efficient, effective health care system. We would work at the margins, adding more coverage programs and rules, and incentivizing optimal insurer and provider behavior within current structures. Easier than rebuilding the system from the bottom up, for sure. I was fantasizing.

What happened instead? An increasingly intrusive and disruptive focus on business practices and profits over medicine. The consequences: Tens of millions with no insurance and under-insurance – most of all, huge deductibles. Massively burdensome operational inefficiency, wasting 15 percent of health care dollars. Jumps in physician burnout. Pervasive financial worry and harm — tens of millions of adults in medical debt and more than a million families with medical bankruptcy yearly. Most important, life spans are shorter than in other nations and declining in recent years.

Why? Because the influential players (insurers, pharma, and large providers) slowly but surely built their power and their ability to pursue their economic priorities. More private insurance is increasingly feeding at the public trough. More profits, and not incidentally, less care.

I thought we could rely on best practices from business, like incentivizing production efficiency. But it turns out that medicine isn’t business. What works for groceries, phones, and cars doesn’t work for taking care of sick people. All the other wealthy countries got it right: Keep profit and free market principles out of health insurance.

I should have listened to Ken Arrow and his Nobel Prize-winning work: Health care is not a market commodity. It lacks the key features of a market good, like stable preferences and perfect information. Why didn’t I listen? I guess because it wasn’t in vogue. We all thought, “We have the system we have – let’s tweak it.” We thought we were smart enough to design useful refinements and fix them even after repeated failures.

Why did I stray from the overwhelming evidence that our complex system could never work as well as the simple universal insurance of other nations? Certainly, the ideas I worked on were intellectually exciting. But there were also practical considerations.

Throughout my career, I noticed a pervasive sense in academic health economics that traditional success (collaboration, publication, and certainly funding) comes easier if one doesn’t challenge the orthodoxies of the organizations with power and money. It’s the path of least resistance to propose modest adjustments and an uphill battle to suggest upending that system, thereby displacing many powerful actors. Working within the current set of politically palatable policy options increases the chances of influencing decisions and helps navigate the academic funding jungle of grants and contracts. But “currently politically palatable” doesn’t mean “likely to yield large benefits” or meaningful benefits. We convinced ourselves otherwise.

I erred. I now recognize that only comprehensive reform can produce Americans’ efficient and equitable health care system. I commit myself to support the fundamental transformation of health care financing to a universal, standardized coverage model proven so successful worldwide: single payer. 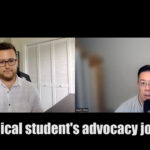