The first occurred when the ethics committee gathered to discuss one of the residents on the nursing wing. She was in the late stages of dementia and unable to speak. She had developed an ulcer on her foot, and the doctor recommended antibiotics and whirlpool treatments. These might prevent having her foot amputated.

Her health care agent with medical power of attorney was her daughter. She said that her mother had clearly stated that she didn’t want any life-prolonging treatments if her quality of life would be diminished. This was documented in an advanced directive, and the daughter wanted to honor her mother’s wishes by refusing the baths and the antibiotics.

The problem in front of the ethics committee was that the advance directive had been written in another state that recognized quality of life. Our state did not. The case ended up in court, and it was ruled that the resident would have two surrogates. One who would allow the baths and the antibiotics. If those treatments failed, the daughter could refuse the amputation.

Our discussions pushed me to have a discussion with my elderly father, which resulted in our meeting with an attorney to have his advanced directive created. He assigned the medical power of attorney to me, and I was grateful that things were in place should the need arise.

I was grateful until I learned of another type of an advanced directive called the Five Wishes. It covered things I hadn’t even begun to consider. It asked questions beyond what medical treatments he did or did not want when the end came. It covered cremation versus burial, how he wanted to be remembered, what he wanted his children to know, and the funeral arrangements that would send him on his way spiritually.

Doing the Five Wishes with him was one of the most sacred things I have ever done. Dad and I did it together. We had talked about the end that we both knew would one day come. Knowing exactly what he wanted prepared me to act when the time came.

Dad had late onset diabetes, and hospital visits were becoming more and more frequent. Each time, I would talk to Dad and then ask the hospital to please have a DNR on his chart.

Dad had been in the hospital once again. When he was released, he called and asked me to come home. He was in pain, and he was scared. I made arrangements for someone to go and spend the night with him; it would take me nearly 7 hours to make the journey the following day.
I was only home for several hours, when I found Dad face down by the side of his bed. The EMTs arrived in minutes. I was told that it didn’t look good, but they still had to work on him. I called the hospital to have the DNR sent to the emergency room because they were bringing him in.

The emergency room doctor called one of the EMTs and told him they could stop. I laid beside Dad and told him I loved him, that I would miss him, and that he would soon be with Mom. I then prayed the prayer that was our family’s glue, The Lord’s Prayer.

He needed to be taken to the hospital to be pronounced, and he was put on a gurney. One frequently mouthed wish was to be taken from his home feet first. I stood beside him as he was placed in the ambulance. His soft, sweet smile told me everything I needed to know. His wishes had been honored, and we had done it together.

Yvonne Caputo is a writer and author of Dying With Dad: Tough Talks for Easier Endings.

What no one tells you about being a new doctor 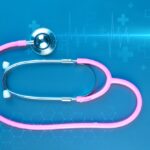 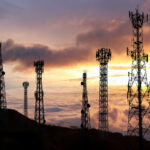