I recently had a prophylactic bilateral mastectomy with an esthetic flat closure (no reconstruction). My decision took months of questions, discussion and reflection. My journey began during the final four weeks of 2021.

Thankfully, I am currently cancer-free and have a greatly reduced risk of breast cancer. Why then did I (and do I) feel so overwhelmed, dejected and … guilty?

What started as a speck of fluid on my right breast became a spiraling diagnostic smorgasbord. I noticed fluid on my left breast in October of 2021. I ignored it, but it persisted, so I called my gynecologist, who ordered a diagnostic ultrasound.

I tried to schedule it for days but was told I needed a mammogram, and I was not due for two months. My gynecologist changed the order to a diagnostic mammogram and diagnostic ultrasound. The soonest available appointment was three weeks out. I told only one person, my aunt, a breast cancer survivor. I did not want to burden her, but I knew she would understand my concern.

The mammogram was the typical gymnastic event for a small-breasted woman, with apologies from the tech for my discomfort and compression of my bones.

Next, I had an ultrasound. I only remember hearing, “There is a low suspicion mass at 3 o’clock…”

Three days later, I had a biopsy and another mammogram. Pathology identified a benign condition, PASH, of which little is known.

Despite the results, my extensive family history of many cancers, fueled my decision to have this “mass at 3 o’clock” removed! My gynecologist concurred, especially since PASH did not explain the fluid leakage. She referred me to a surgeon.

The surgeon agreed with the decision to have an excisional biopsy, but not before discussing my lifetime risk of breast cancer. While I knew I was at increased risk, I had no idea how high my risk was.

After answering a few questions — age at first menstruation (10); age when I delivered my first/only child (37); number of breast biopsies (at that time 3); family history (BRCA 2, but I have tested negative); and age of menopause (after 50) all was dumped into an algorithm identifying my lifetime risk as 49 percent.

This was before another biopsy, identification of a high-risk condition, and an excision! I could choose to manage being high-risk with more frequent screening (alternate mammogram and MRI), medication, or … prophylactic mastectomy.

My husband and I left the surgeon, and as I buckled my seatbelt, I turned to him and said/asked “49 percent? That seems high, doesn’t it?”

And, at that moment, I decided I am not a watch-and-wait kind of gal.

I did not want to “catch cancer early.” I wanted to avoid it. I am a public health professional, and we are all about prevention. Yes, survivability is better with early detection, but my vanity and emetophobia made the prospect of chemo and/or radiation terrifying.

Losing my hair and vomiting? That was all I could focus on, not life or death. At that moment, I knew I would have a prophylactic mastectomy. I would wait until summer when my teaching load was lighter, my daughter was home from college, and I could recover more leisurely. Reaching the decision was comforting for a control freak like myself, but then …

I went for another MRI. I read the report in my chart, thinking nothing had changed until I reread them, learning not only did I have a mass in my right breast but also a suspicious (not low suspicion) mass in my left breast. It felt a little like having an ultrasound when pregnant, only to learn that what you thought was a singleton was actually twins, but with a lot less joy and much more trauma.

I wanted this left mass removed, too. While it was feasible, I would need another biopsy on the left breast. I went for an ultrasound-guided biopsy, but nothing showed on the ultrasound. Reprieve, I hoped, but no such luck. An MRI-guided biopsy was necessary. Lying prostrate on the MRI machine with two holes for my breasts, I felt like a car in for repair on a hydraulic lift. By this point, I felt tuned out for the “tune-up.”

Results came in the nick of time to schedule removal at the same time as the other mass. I learned that while the mass was not cancer, it was a high-risk condition known as atypical lobular hyperplasia.

Now some more waiting, and good news — no cancer.

I should be elated, jumping for joy, but instead, I feel drained, depleted and strangely guilty.

I feel like I had no right to the well wishes and sympathy from those around me. In fact, I nearly recoiled at each expression of sympathy or concern of my loved ones. No right to be scared about my decision to have a mastectomy with no reconstruction because I am not a warrior. I am not a fighter.

So many questions swirled in my head as I began my deep dive into “going flat”: Is my plan cowardly? Does it minimize what those with breast cancer experience? Am I wasting resources? Am I acting rashly? Destructively? Am I weak? My surgeon allayed some concerns, telling me that those with a risk similar to mine consider a prophylactic mastectomy for many reasons, including cost, time and reduction in stress/anxiety.

Deciding to “go flat” was not a big leap for my 32-A bust line (as I am repeatedly reminded), but I still have lingering vanity concerns. So many friends and family members, attempting to be supportive and reassuring, say, “Well, you didn’t have much to work with before, so no great loss.”

While true, I can’t help but feel that my sense of “loss,” if you will, is being dismissed. Is losing a size 6 foot through amputation any less dramatic than losing a size 10? Will I be able to look in the mirror? What about the scars … those constant reminders? Will my husband be repulsed? And again, the more nagging issue is the enormous guilt I feel even worrying about these seemingly insignificant concerns compared to those with no choice, who have cancer and do not have the luxury to decide what to do or when to do it. Or those who have a BRCA mutation and feel like they have a bomb ticking away inside?

I have known many of these people, and I feel like I am disrespectful to their journey by having petty concerns. I am committed to embracing this reprieve, though, this ounce of prevention (perhaps two ounces, if we are actually weighing my breasts) and move forward, accepting that this is a gift of medicine rather than a curse of my body.

I will not be a “survivor.” I am not even a “previvor,” as this is a term coined by those with a BRCA mutation. Resources abound for previvors and cancer survivors, including specialty shops for “cancer survivors.”

I feel as if this is an exclusive club to which I do not belong, or if admitted, will always feel like an impostor. I feel sheepish going to post-mastectomy shops which “meet all your needs when facing cancer” or ordering clothing that makes women with breast cancer “feel beautiful again.”

I know how different my experience is. I am not facing potentially debilitating treatment(s) or the fear of death. Still, I am experiencing a physical transformation, a redefining of my feminine self, yet I do not feel as if I have the “right” to be scared, saddened or supported. This is a “me” problem but raises the broad need for inclusivity, acceptance, and support in general and by health care professionals.

I no longer have breasts. Pathology confirmed for me that this was the right choice — no cancer yet. Findings indicated that it was “just a matter of time.” While I truly have no regrets (even looking at my now truly, scarred flat chest) my vanity is still an issue. Time, a lavish, beautiful tattoo of lilacs or orchids and working toward washboard abs to match my washboard chest will help to heal this wound — and, most importantly, no more worries about breast cancer.

The guilt and doubt still linger, but then I see the relief in the faces of my family and understand that preventive mastectomy (and going flat) may not be right for everyone, but it was right for me.

I am not a survivor, not a previvor, but a preventer.

Nanette Elster is a bioethicist. 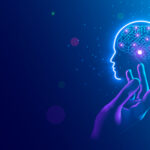 Allow yourself a moment to focus on yourself, not the next patient [PODCAST] 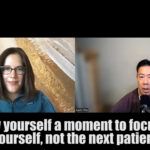