The recent article by Danielle Crittenden, “The Danger of Fat Acceptance: The Average American Woman Is Now a Size 18” is more of the same perpetuation of our society’s deeply internalized diet culture, weight blaming, and shaming of the individual and collective pursuit of thin privilege.

The article was sent to me by a friend, but I didn’t need to read it because I’m so familiar with the argument.

Her first sentence, “I’M NOT TRYING to shame anyone here, but just think about that size.”

As a community pediatrician who has been working to address the childhood obesity epidemic on every level for nearly 20 years of my career and someone who has gone through my own weight loss journey and coaches parents and teens to cancel diet culture and be body positive, it is my expert opinion that articles like Ms. Crittenden’s are harmful.

Ms. Crittenden’s article perpetuates diet culture harms. She is perpetuating the othering, the dehumanization, the peripheralization and the marginalization of others.

Her article is dangerous ignorance, shrouded in “science” as she lays out her argument by citing articles from “Nature.” It’s a misuse of data to affirm her arguments that are embedded in weight stigma and bias.

It’s the old three-fer myths at play once again and nothing new to those of us who do or have existed in larger bodies, and it’s certainly not news to me, Dr. Karla, ActivistMD, who is the TikTok doc disrupting weight stigma and bias in health care.

I can tell as I tried to stomach her same old arguments, which Ms. Crittenden believes she’s on to something but has her fatphobic internalized bias, always in pursuit of thin privilege glasses on.

Truth: Fat acceptance is a reaction to harmful diet culture.

In our culture, we are not used to challenging beliefs, even when they are wrong and harmful.

It’s time to challenge fixed and limited beliefs that are not serving our health and instead are perpetuating diet culture harms and driving the profits of four industry complexes: Diet Industry, Big Food, Corporate Health Care and Big Pharma.

One of the many problems in her article is that the language is very fatphobic and shaming. If Ms. Crittenden is truly interested in helping people improve their health, she would not take such a shaming approach.

Instead, she opts for weight bias and stigma shrouded in fatphobic dust, disguised as wanting to be helpful, call it out, get more followers, who knows?

Truth: Fat acceptance is the pursuit of being treated with basic human decency.

The problem is not fat acceptance; the solution is not shaming and blaming the individual and prescribing Noom, as she states in her article, which helped her lose 18 pounds.

The problem is diet culture’s fatphobia, internalized biases, and pursuit of thin privilege disguised as the pursuit of health, which has become part of our collective epigenetics.

So, who’s to blame for the obesity epidemic if not individual Americans existing in larger bodies?

Ultra-processed food industry’s trifecta of refined carbohydrates, trans fats, and salt, along with the extremely effective Food Addiction Business Model’s neuro-marketing tactics, can be blamed for the rise in obesity. It’s an epidemic of insulin resistance and subsequent comorbidities such as type 2 diabetes, metabolic syndrome and NAFLD (non-alcoholic fatty liver disease), to name just a few.

The diet industry’s complex myth that obesity is caloric and its built-in failure and shame model are to blame, along with social media platforms, like Instagram and social media influencers who perpetuate wellness perfection.

Corporatized health care, which is focused on profits and its contribution margins and won’t say its true mantra, “the sicker, the better.” The more special studies, referrals and bariatric surgeries, cha-ching!

The pharmaceutical industry, which profits off the obesity, insulin resistance, and comorbidities epidemic, just released another weight loss medication that requires a weekly injection and is costly.

Obesity is hormonal and complex. Safe, effective healthy weight loss has never been an option in our country and certainly has not been democratized.

Suppose Ms. Crittenden wants to make a difference in the health of individuals and our whole population. In that case, she will start getting real about her fatphobia, internalized bias, thin privilege, and commit to stop perpetuating weight stigma and bias in our culture.

She and everyone who agrees with her could start by recognizing the reality that fat acceptance is not the cause of the epidemic of obesity, insulin resistance, and comorbidities in America.

Truth: Fat acceptance is grabbing America by her shoulders and shaking her awake to finally see our common humanity.

Karla Lester is a pediatrician.

Activism is a part of medicine and we cannot remain neutral 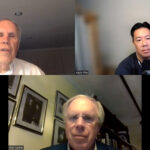