On June 24, 2022, the Supreme Court ruled 6–3 to uphold Mississippi’s Gestational Age Act and 5–4 to overrule Roe v. Wade and Planned Parenthood v. Casey. The political temperature was already heightened because Politico released a leaked draft opinion on May 2, 2022.

The pending ruling threw the United States into an emotional pressure cooker spurred on by heavy (some would say irresponsible) news coverage and social media fervor that burned with the heat of a thousand suns. Roe v. Wade was considered by many as settled law, and this ruling has put many in the pro-choice camp into a heightened state of anger and unease. Conversely, advocates against abortion saw this as a victory 49 years in the making. The Supreme Court, whether you agree or not, has decided the right to abortion is neither codified nor implied nor outlawed in the Constitution of the United States of America. The choice to illegalize abortion and to what measure has now been relegated back to the states and their elected representatives.

As a result of this ruling, the topic of abortion is at the forefront of the minds of legislators, medical professionals, patients, friends, and family members. Abortion is a subject ripe for conscientious debate. This debate should be encouraged and not silenced by either end of the ideological spectrum. However, these discussions can devolve rapidly and become highly unproductive and even hurtful. To keep burned relationship bridges to a minimum, I recommend some ground rules to foster an intelligent discussion with the inherent possibility of changing minds and hearts. I have made suggestions for each side below that could enhance any debate on the subject.

1. Realize the science of “when life begins” is settled. We know a new strand of human DNA is formed when the sperm and zygote meet at conception. If left to its own devices in utero, it will continue to develop and be born as a fully formed healthy human in 9 months. There is no refuting this. A more compelling debate is whether or not a developing human is a “person.” This is often where the actual disagreement lies, as many feel this is what grants a human its inherent value.

2. Stop alluding to expert medical opinion on the rightness or wrongness of abortion. I recently discussed with a former colleague of mine who suggested that legislators were not making abortion policies based on expert medical opinion. I found this to be an interesting point worth exploring. What medical expert can confer value to a developing human life more than a philosopher, politician, or everyman? Medical expert opinion can tell us what the diagnosis is and what can and can’t be done, but it cannot tell us what “should” be done from a moral standpoint. To quote Jeff Goldblum’s Ian Malcolm in Jurassic Park, “Your scientists were so preoccupied with whether or not they could that they didn’t stop to think if they should.” Medical expert opinion confers no weight on whether or not abortion is moral or immoral.

3. Stop conflating ectopic pregnancies, medical abortion after miscarriage, and maternal health emergencies with elective termination of a viable unborn human. I am not aware of any legislation in any state where these instances would be made illegal. Most if not all anti-abortion advocates realize that these instances are separate and apart from the abortion debate. Invoking these instances is an attempt to manipulate someone into emotionally caving in on an argument. When the vast majority of abortions in the country do not involve rape, incest, or medical emergencies, it is disingenuous to argue that this is the norm.

1. Realize some very tricky ethical situations cause a lot of tension for both mothers and medical providers. The friend I mentioned earlier brought up some severe instances where she considered abortion a practical good, including congenital malformations incompatible with life, pre-viable pre-eclampsia with severe features, and a mother with CVD/CAD. These instances may not sway your opinion, but it is necessary to consider the gravity of some of these terrible situations and try to understand that tension.

2. Strengthen your arguments beyond what you were taught to believe growing up. I am Christian and have been told I feel the way I feel about abortion because my religion has brainwashed me. In truth, I hope my faith permeates all areas of my life, making this statement accurate on some level. However, for the sake of a robust debate, it is not sufficient to state abortion is “wrong,” “evil,” or “sinful.” It will help to bolster your arguments with organized support through data and higher thought. Put in the work to make a compelling case for why you think abortion is wrong.

3. Realize that there will be downstream effects resulting from more births and fewer abortions. Do not run away from this portion of the conversation. You don’t need to agree on every social safety net policy with which you are bombarded. Still, it helps to realize that adjustments in our society need to be made elsewhere to accommodate such drastic societal change.

1. Realize our current political environment is far too polarized. We are always only two or three heartbeats away from radical, sweeping socio-political change if we rely on the Supreme Court to legislate for us. If you favor adding seats to the court but would not be willing to confer these seats to judges with constitutional viewpoints opposing yours, then your argument is unproductive. Federal codification or illegalization of abortion should be done at the legislative level.

2. Realize that most people fall between the two extreme sides of the debate, and most of these people are very reasonable. The vast majority of people believe there should be restrictions on abortion but that it should not be made illegal. The media would have you believe the debate is a zero-sum game, but our current government is in no position to codify or outlaw abortion on a federal level. The issue is now left up to the states to vote on the value they place on unborn human life.

3. From a religious perspective, I have a broad view of what I consider evil in this world. However, from a free society standpoint, we need to realize that the vast majority of people on both sides believe they are doing the right thing for society. We may not agree on root causes or solutions, but we need to extend some grace to people trying to do what they feel is right.

I wish you all the best in finding your way through this tumultuous time. May your debates be robust, productive, and informative.

What is the narrative that you hear when faced with uncertainty? 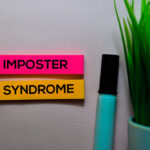 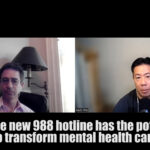 Abortion debates need to happen, but both sides need some ground rules
10 comments