He was a tall, healthy psychiatric technician, experienced in his line of work. He was a CNA but wanted more. He wanted to help heal the troubled, forgotten, and neglected — behavioral health was his niche.

He would lead the way with therapy sessions in this group every day. This was Intensive management: the intermittent home for the paranoid schizophrenics, bipolar, and MDD.

They came in all shapes and sizes — wealthy, homeless, ex-prisoners. They were neglected and abused from an earlier life. Parents with mental health issues passed on to them. These folks were verbally and physically abused, neglected of love and comfort, and basic needs of living, shelter, and stable parenting.

They were beaten physically and with constant verbal abuse.

They had nowhere to turn — no skills to fall back on.

Their lives were lonely.

Jonathan was the best psychiatric technician. We could always trust him. We always felt safe when Jonathan was working.

He loved his patients. He always went the extra mile … until that fateful day.

Corey was a loner and never graduated from high school. He was a drifter and was in and out of prison.

He was born with cute chubby cheeks and dimples but born into poverty, neglect, and violence. His 13-year-old mother and his grandmother cared for him. But he only remembered physical and verbal abuse. He didn’t know his dad, a man In prison for murdering a friend from a drug deal gone wrong.

He remembered mom opening up dog food to feed him and the rats. The best thing he could do was escape the filth, decay and lack of love from his hardened mother.

Schizophrenia was a common thread in this bloodline. Add to that no medication compliance, no follow-ups with free therapy sessions.

Corey had several felonies, like sexual assault, robbery and brutally assaulting a stranger.

He was stuck in jail, but he knew the rules to get a free pass out — even if it was temporary!

In the jail cell, he knew the tricks: Putting a sheet around his neck and threatening suicide, smearing feces on the wall, not eating or drinking. After that, we would be admitted.

We called our unit “Hotel Hilton.” Because it was luxury compared to the jail cells.

Three hot meals, refreshments, therapy sessions, basketball games in the gym, medications to calm you down and quiet your anxiety and anger, and medication to let your restless soul sleep.

They came in frequently to our unit. Some wanted to be called the “Virgin Mary,” “Jesus,” or Beyoncé’s and P. Diddy’s cousin.

Some saw the FBI gazing at them through the cameras in the ceiling. Or thought there was a computer chip that was miraculously planted into their brain by aliens.

We had them all.

Corey was hungry, and at lunch, he asked for “double portions.” Jonathan, the tech, said he could only get him double portions from an MD order.

That could take time to get a physician’s approval.

Corey was angry and agitated. He wanted more food now.

Corey put Jonathan into a headlock and attempted to strangle Jonathan. Jonathan went limp and fainted.

Our male tech was dazed and confused and wheeled down stat to the emergency department. A CT scan was done on his brain.

Jonathan took a workman’s comp leave — but he never seemed to be the same again.

I had been assaulted twice in this unit: a fist right to my jaw, knocking me down to the floor, and beating my head.

Several other nurses have been assaulted, too.

I sent an email to our managers and CEO, stating we had to be proactive in this unit for safety and how we needed PSOs (public safety officers) in our unit 24/7. I wrote about how they needed to make rounds every hour and that we needed some alarm device in our pockets should we be attacked.

I received a verbal “reprimand” for adding the CEO to my email. I was told, “He is not a part of our chain of command.”
Nothing was done to ensure our safety.

Besides receiving my therapy for PTSD after being physically attacked twice by these patients, my biggest fear was not being able to retire without some great injury coming my way.

A simple “snap” to my neck would then be “game over.”

I made it out alive but swore to myself, “never again.”

Hospitals have those cute, catchy names and phrases like “excellence in care,” “dedication beyond measure,” “enhancing life,” “incredible medicine. Incredible people,” and the list goes on across our country.

Some of these catchy phrases are merely smoke screens because the health care workers who are in the trenches — we know the truth.

A physician's struggle with postpartum depression 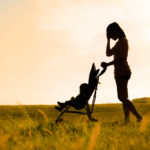 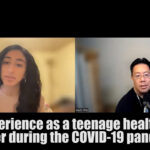