Yet again, while reading an article about fibromyalgia, I was hit with another pejorative term in the first few lines. The authors describe the usual characteristics of fibromyalgia and then say, “and a high level of catastrophizing related to pain.”

If you do a Google search for “catastrophizing,” it tells you that it is “a way of thinking that assumes things are worse than they are or will have a far worse outcome than is realistic.”

Or, “Catastrophizing is a cognitive distortion that prompts people to jump to the worst possible conclusion, usually with very limited information or objective reason to despair.”

So this kind of thinking is possible but for a fibromyalgia patient — who wakes up feeling terrible in the morning and doesn’t understand why, who can feel okay one evening and plan all the things they want to do the next day and then wake up and realize that nothing is going to get done, who has aches and pains and profound fatigue that is unexplained and the doctors just keep doing tests and telling them they can’t find anything wrong, for the mom who can’t rouse the energy to take her baby outside for a walk and is feeling like she is worthless and a terrible mother — for these people, watching their lives change, their dreams disappear, their self-worth disintegrate, how can we say that their despair is in any way equivalent to “catastrophizing”?

Is this not the height of victim-blaming?

A patient of mine was recently very upset after seeing a surgeon who told her that fibromyalgia is just “a trash can diagnosis.”   I was so tempted to send a note to the surgeon saying, “Please refrain from insulting the victims of illness by labeling their experiences with garbage epithets.”

Doctors generally have altruistic motives for wanting to study medicine. But then we are insidiously trained to develop a kind of arrogance about the things we don’t understand. We are taught to blame the victim in subtle ways when they complain about things that don’t neatly fit into the diagnostic boxes we have developed. In my third-year medical school clinical rotation, I remember rounding in the hospital with an experienced internist and seeing an elderly woman who was somewhat confused the day after a prolonged surgery and anaesthesia. Right in front of the patient, the surgeon told us that she might have a fecalith in her Circle of Willi. We all politely suppressed our laughter, but later, others commented that this guy was “cool.”

Empathy is not at the forefront of the practice of medicine. But it should be. Because a lack of empathy not only serves our patients poorly, it does us a disservice as well. Inherent biases can blind us to patterns that could give us better answers about how to help our patients. We have our own beliefs about how things work because we are told what to think. We have been taught that fibromyalgia is a hypersensitivity disorder of the central nervous system. What a nice scientific way of saying it’s all in their heads!

There is literature out there revealing more and more evidence that fibromyalgia patients are likely suffering from an energy deficiency disease, a mitochondrial problem, and some level of autoimmune issues. Maybe the poor memory, brain fog, and lack of emotional regulation result from a lack of energy for the frontal lobes to function properly. Maybe muscles that lack enough ATP to move calcium back where it belongs end up constantly working in a low-grade fashion, producing an actual ischemic-like pain. All those irritable bowel symptoms could be due to the gut not having enough energy to run all the pumps and do metabolic work.

An energy deficiency theory of fibromyalgia explains why there are so many strange symptoms affecting every body system. It makes perfect sense when you think about it.

But too few are thinking about it.

Because we are biased. Because we are arrogant. Because it’s sexier to study the brain and see the dysfunction and say this is the problem, look no further. Because it’s easier to tell a patient with ischemic pain in her muscles that she is just “catastrophizing.”

How would you like to see your career slip away from you as you gradually become less and less able to sleep, to rest, to feel awake, to feel like your memory is failing you, to be taking pills every night on call because your legs ache so badly, to become upset so easily you don’t trust yourself to handle stressful situations at work? How would you like to have to stop working because you can’t do it anymore?

This would certainly be a catastrophe. But not one of your making.

So, the next time your patient appears at their wit’s end, please don’t assume they are just somehow lacking in coping ability. Take them seriously. Show them some empathy. You will both be better off for it.

Margaret Macdonald is a family physician.

Current pain treatments and their deficiencies 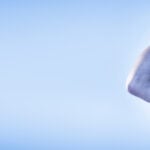 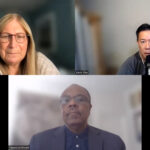 Fibromyalgia is not a trash can diagnosis
2 comments