Guess what? The mouth is attached to the rest of the body. And though dentistry and medicine are typically separated from the very beginning of professional training, they are irrevocably linked for patients and have an impact on each other. Here’s some foundational knowledge that will help set the stage for discussing the connection between overall health and oral health: Our mouths are teeming with bacteria – mostly the good, harmless kind – and when an appropriate hygiene routine is followed, that bacteria is kept in perfect balance to keep our teeth strong and gums healthy. When that bacterial balance is thrown off track, the results can be disastrous. Yes, cavities are one consequence, but so are yeast infections and periodontal disease—i.e., inflammation of the gums and loss of the bony levels around teeth. A quick scan through any wellness magazine and medical journal will tell you that inflammation is bad news. Researchers continue to connect it to some of the worst chronic diseases physicians see in their offices today. Our mouths are a gateway into not only our respiratory system and digestive tract, but also our bloodstreams (there are a lot of surface-level blood vessels right there), so patients’ periodontal inflammation can be a harbinger of other health issues in their bodies.

One of the most important connections between oral health and overall health can be seen for patients with endocarditis, which is a life-threatening inflammation of the inner lining of your heart’s chambers and valves (endocardium). Endocarditis infection is usually caused by bacteria that originated from other parts of the body. One of those places can be your mouth, and this is the reason that people with mitral valve prolapse often must pre-medicate – or take antibiotics in advance – before going to the dentist for certain procedures such as deep cleanings, fillings, and root canals. During this dental work, we’re stirring up bacteria, which has access to the bloodstream and can be harmful to your heart. Additionally, study after study illustrates how periodontal disease increases c-reactive protein levels, which is the number one indicator for a cardiac event (and is what people have checked immediately when they go to the hospital for a suspected heart attack). With 30.3 million people in the U.S. affected by heart disease, this isn’t a connection that providers or dentists can ignore.

Another tragic and more confounding connection between periodontal disease and overall health is the connection researchers are finding with Alzheimer’s Disease. In the same way bacteria, and the inflammatory molecules they produce, can travel to your heart, oral bacteria can also use those same blood pathways to your brain. NYU released a study that found the most common periodontal pathogens (Porphyromonas gingivalis) can increase the proportion of beta-amyloid plaques in the brain, which is a primary biomarker of Alzheimer’s disease. By no stretch were these researchers saying that inflammation in the gums causes dementia, but the research shows that it certainly won’t help as it increases the proliferation of the protein associated with Alzheimer’s. As a patient, keeping up on oral health could decrease the risk of developing Alzheimer’s and other forms of dementia.

For pregnant women, research shows that they are at an increased risk of developing periodontal disease, though the physiological reason for this is still under investigation. Another mystery here is the correlation between periodontal disease and low birth weight for children. For these reasons, many dentists suggest that expecting women receive more regular cleanings during pregnancy, rather than the standard cadence of two per year. Coordinating between OB/GYNs and dentists to encourage regular dental cleanings within the standardized structure of prenatal care could prove valuable for these families’ health outcomes.

Finally, on the flip side, treatment plans to address non-dental health concerns can have a negative impact on oral health. Medications such as antihistamines, diuretics, and anti-depressants reduce salivary flow. This can be problematic for oral health because saliva helps clean out food and neutralizes acid produced by mouth bacteria. In other words, saliva is very protective of teeth and gums. Without an adequate amount of saliva, bacteria can proliferate prompting a worsening of periodontal disease, which as we’ve already discussed, can hurt more than just your gums and teeth.

The connections are abundantly clear—when a problem arises in an individual’s gums and teeth, it often occurs in conjunction with a problem elsewhere within the body. Knowing that infections/inflammation in the mouth are so closely intertwined with other areas of the body will hopefully encourage physicians, dentists, and their patients to think closely about how we can work in concert with each other to make a difference. Collaboration across the disciplines can happen with better provider and patient education and technology that breaks down data siloes. When a primary care doctor asks about changes in health, patients should be encouraged to share information about their oral condition. Likewise, when a dentist asks, patients should be encouraged to share details about their systemic health. This will create a more accurate and holistic diagnosis and treatment, leading to better outcomes for patients in the long run.

Cindy Roark is a dentist and health care executive.

Healthy patients and healthy physicians: Is it possible?

What we need to know about environmental toxins [PODCAST] 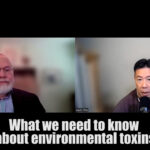