On May 14, 2022, ten people were fatally shot with three injured at a Tops Supermarket in Buffalo, NY, constituting the second most deadly mass shooting this year at the time of writing. As the number of mass shootings and fatalities continues to climb each year with alarming frequency, researchers and policymakers have sought to examine the factors contributing to an increased incidence of deadly domestic terrorist attacks and perpetrators’ underlying motivations in hopes of finding a solution. While many mass shooters are often discussed with regard to mental illness and difficult childhoods, the prevalence of racist ideologies carried by these murderers is impossible to ignore.

Although the Buffalo shooting is not uniquely marked by its classification as a hate crime, it may be surprising that the gunman drove approximately 200 miles from his hometown in Conklin, NY to the targeted Tops in Buffalo. The identification of this supermarket was no accident—it was specifically chosen due to its prevalence as a centralized hub in a food impoverished neighborhood with a large Black constituency. As the only supermarket within miles of its location, this racist attack calls attention to the related issues of community health and food insecurity.

The Tops in Buffalo is located in what is commonly referred to as a food desert. The U.S. Department of Agriculture defines food deserts as low-income tracts in which a substantial number or proportion of the population has low access to supermarkets or large grocery stores. Essentially, food deserts are exactly as they sound—areas in which access to nutritional food is scarce. Some estimates report that food deserts affect roughly 23 million Americans, although sources vary. Fresh produce, lean protein, and whole grains are key components of a balanced diet that favorably impacts health and reduces the risk of mortality. Studies have shown that nutritional foods play an essential role in reducing the risk of developing cardiovascular disease, cancer, and diabetes. Moreover, quality nutrition is also linked to improving and maintaining positive mental health. Low accessibility to healthy ingredients in a food desert forces community members to instead rely on cheaper and more readily available processed foods and fast-food options. Together, this creates worse diets that can lead to abnormally large spikes in blood sugar and blood pressure, which deteriorate the quality of health over time. The U.S. Department of Health and Human Services has reported that vulnerable populations have twice the risk of a heart attack and diabetes as well as four times the risk of renal failure.

Food security is also characterized by a community’s socioeconomic composition. The positive correlation between low income and food insecurity is well studied, and people of color—particularly Black and Hispanic communities—are disproportionately affected by poverty compared to white Americans. Research done by the Hopkins Center for Health Disparities found that income is not the only factor contributing to food insecurity. When comparing neighborhoods with similar poverty rates, Black and Hispanic communities still have fewer healthy food options. This can create a vicious cycle in which one’s health deteriorates as a consequence of poor nutrition, leading to a greater frequency of adverse medical events and associated costs. If one does not transition to a healthy diet, it can be expected that the cycle will continue, and those affected may experience high fiscal burden or even choose not to seek medical attention due to fear of judgment and other barriers such as those stemming from transportation and gaps in health literacy.

Though low income plays a crucial role regarding accessibility to healthy food options, it is equally necessary to consider racial makeup and other intersectional identities to thoroughly address the inequities faced by those living in food deserts. Local governments and policymakers should investigate the quality of infrastructure within low-income minority communities to assess how existing grocery stores can be better supported and develop strategies to incentivize supermarkets to expand locations. In addition, improving education on enrolling for food stamps, implementing programs to organize transportation, and offsetting expenses involved in providing nutritious meals can collectively help improve food security to neighborhoods in need.

Our hearts go out to the families of those who were killed in this senseless act of violence. Rest in power: Aaron Salter, Ruth Whitfield, Pearl Young, Katherine Massey, Heyward Patterson, Celestine Chaney, Roberta Drury, Margus Morrison, Andre Mackneil, and Geraldine Talley.

A gun message for woke corporations 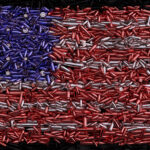 Practicing medicine as a Deaf physician is an uphill battle [PODCAST] 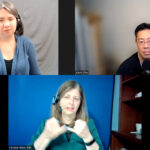