On May 2, 2022, news broke that Roe v. Wade would be overturned according to an initial draft majority opinion released by Politico. In the political economy that we find ourselves in, this news has had the immediate consequence of furthering divisions between Americans — those in favor of the ruling and those against. While much rhetoric about the morality of the underlying subject matter already exists given the intense debate this topic has garnered over the nearly half-century since the 1973 landmark decision, such a momentous decision is additionally impacted by “real-world” considerations and its pertinence to the health care industry.

A 2017 research study indicates that nearly 25 percent of American women are expected to get an abortion at some point during their lifetime. Additional studies indicate that nearly 630,000 abortions were documented in the United States in 2019. With such a high number of abortions occurring annually in the country each year, many argue that this statistic will likely be unchanged even after the overturning of Roe v. Wade. States that decide to restrict or ban abortions may see a fewer number of abortions, but other states where abortion is still accessible will compensate. This effect was seen in 2021 during the six-week implementation of the Texas Heartbeat Act, which banned abortion after the detection of embryonic or fetal cardiac activity. Data from Planned Parenthood reported a nearly 800 percent increase in Texan abortion patients seeking care in surrounding states during the short-lived lifetime of the Heartbeat Act. While Texan abortion patients may have still been able to reliably access care in neighboring states, it would have likely been more costly for abortion patients to get their abortions outside of the state, prompting the consideration of both the financial cost to the patient involved and the available capacity of health care clinics and centers.

The social gradient of health contends that poorer and lower SES populations tend to have worse aggregate health and health outcomes. Following this social gradient of health, the reversal of Roe v. Wade would consequently affect marginalized communities the greatest, which compounds upon concomitant lower rates of contraceptive use. In states with restricted or banned abortions, at-risk individuals would likely incur additional immediate and latent expenses with out-of-state travel and time off of work. Additionally, those unable to pay increased costs now associated may be more vulnerable to engaging in practices that have reduced patient safety and worse patient outcomes. Existing data even indicates that banning abortion does not reduce the number of abortions occurring annually, but rather results in a greater number of unsafe abortions performed, contributing to an unfortunate increase in a preventable causes of maternal morbidity and mortality.

As seen with the Texas ruling, the consequence of certain states restricting or banning abortion may lead to increases in abortions-seeking patients receiving care in neighboring states. Given that there are 26 states that are reported to restrict or ban abortion in the case that Roe v. Wade is overturned, this would lead to redistribution of the nearly 630,000 abortions in just 29 remaining states — a less than half capacity. What might this mean for remaining practices, clinics, and centers that will continue to perform abortions? How might they need to adjust to adequately anticipate increases in abortion-seeking patients at their doorstep? And what would this mean for medical training for residents in states that have restricted or banned abortions, especially those going into allied fields that may require this knowledge and procedural understanding and competency? Should Roe v. Wade be overturned, we can expect these questions and more will need to be addressed in the near future.

Tejas Sekhar is a graduate student.

Dislocations: an exception to the rule 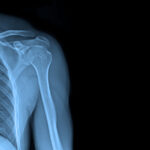