In a world of extremes where we are operating in black and white, living in the gray is where the real work happens of confronting truths of left and right, conservative and liberal, and opening up to varying perspectives that reflect diversity.

This is the space where I’ve witnessed the possibilities of navigating the divided worlds of pro-life activism and reproductive justice.

Vice President Kamala Harris recently acknowledged the urgency of addressing the Black maternal health crisis in a meeting with cabinet leaders and agency advocates calling for a commitment and a “whole of government approach” to finding solutions.

As April is National Minority Health Month, it is crucial to acknowledge the history of rape, forced reproduction of Black women through chattel slavery, sterilization, devastating infant and maternal mortality and morbidity outcomes and the myriad of systemic failures that disproportionately affect Black families.

“Research by Nancy Krieger, professor of social epidemiology, has found that early-life exposure to Jim Crow laws — which legalized racial discrimination in Southern U.S. states from the late 1870s through the mid-1960s — can lead to negative health effects decades later.”

It is critical to pause and ask what methods work best to advance justice for Black women in health care and health outcomes.

With the myriad of systemic failures that impact Black families today, looking at the facts is only the beginning. It is important to study history to find clarity.

According to the Centers for Disease Control, non-Hispanic Black women die at two to three times the rate of non-Hispanic White women. Newly re-examined information shows those statistics are more like three to four times the rate, and nearly two-thirds of these deaths are preventable.

When looking at the abortion rates amongst Black women and the systems that disproportionately affect their health, it is plausible that these rates are preventable as well.

In New York State, steps have been made through the State Department of Health’s Maternal Mortality Review Board and Maternal Mortality & Morbidity Advisory Council to improve maternal health outcomes and reduce racial disparities not only through thorough research and detailed findings.

They have taken an active role in reporting key findings within their systems that disproportionately affect Black lives. With this data, the state has backed it with action steps that lead to saving lives, including $20 million in annual investment to expand prenatal and postnatal care. The state will also expand pregnancy Medicaid coverage from 60 days to one year postpartum.

In conversations on reproductive health, for some, saying the word abortion can be both triggering and divisive. But knowing the history is critical to engaging in productive dialogue.

In her 2007 book, Medical Apartheid: The Dark History of Medical Experimentation on Black Americans from Colonial Times to the Present, author Harriet Washington writes about the eugenic control of African American reproduction through tackling subjects like the Mississippi appendectomy, Norplant, the myth of the crack baby and the negro project. These historical issues are crucial to understanding the present.

And in her 1998 book, Killing the Black Body: Race, Reproduction and The Meaning of Liberty, Dorothy Roberts offered a basis for clarity on these issues to begin the process of humanizing those often perceived as wrong.

Until whiteness is no longer the standard, Black women will continue to die.

As a Black woman, who was heavily influenced by an evangelical upbringing that steered clear of the gray, I found the freedom to explore, think critically, and humanize those I’ve historically dehumanized, even if I was unaware of it at the time.

For many, living in the gray means straddling the fence or being “lukewarm” and compromising. It almost always has a negative connotation to it.

But viewing those with deep convictions not as the enemy but as co-laborers in this work of finding solution-based practices can cause less harm and more healing.

It is impossible to look at the present and dream of the future without looking at the past. In order to get to the root of issues and get the deeply desired results, I have witnessed in both pro-life activists and reproductive justice activists a deep desire to save lives.

But it is impossible to fix a system with an unwillingness to bend. It means working together to accomplish a goal.

Living in the gray requires a commitment to growth and discomfort. In the gray, it is possible to hold on to deeply held convictions while bending just enough, leading toward personal and collective liberation. That will save lives in a way that causes no harm.

Cessilye R. Smith is a writer, speaker, and activist. 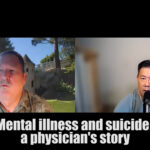 Roe v. Wade: questions that need to be addressed in the near future 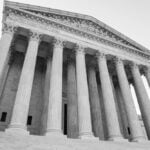