In 2017, I was medically discharged from the military due to an exacerbation of an eating disorder. At that time, anorexia nervosa (AN) provided relief from the depression that I had developed secondary to the multitude of stressors that came with being in the Air Force and an oral and maxillofacial surgery resident. Years later, I have made major career pivots to regain my health. However, military and medical culture continue to be high-risk places for individuals to develop eating disorders and suffer in silence. Thus, I vow to use my voice to improve awareness and advocate for change.

I write this article with gratitude for the support and input provided by Maria La Via, MD, a psychiatrist who focuses on the treatment of patients with eating disorders and has been a pivotal part of my journey. I also write with appreciation for my fast friend, Trina Dorrah, MD, who has shared her eating disorder story in “The silent burden of shame.”

The need for this article was apparent following the observation of shared risk factors for eating disorder development that I faced as both a member of the military and in medicine, surrounded by too many people suffering in silence under the oppression of weight biases, outdated BMI guidelines, and the strive for perfection. And when people do speak up, the support is often insufficient. We need some major overhauls.

Let’s start by examining ten risk factors within the military and medical culture that create perfect storms for developing an eating disorder. Soiler alert: The reasons are similar, just packaged a little differently. These risk factors are:

1. Individual predisposition. People drawn towards medicine and the military are typically high achievers with many personality traits and psychosocial risk factors for developing an eating disorder.

4. Weight biases and hyperfocus on weight as a measurement of health. Military and medical cultures often hyperfocus on weight-based standards. Individuals may experience increased disordered eating and dieting behaviors to fit the cultural weight ideals, which may contribute to the development of an eating disorder.

5. Lack of autonomy. Working for the military and/or in medicine often means forfeiting quite a bit of control of your life. Eating disorder behaviors frequently provide an illusion of control* and may show up as a way to cope with this lack of control.

6. Transitions. Military and medical cultures are associated with many transitional periods; eating disorder behaviors may be used to cope and provide a false sense of control.

7. Pressure for perfection. Military and medical cultures often value perfection. Perfectionism is unattainable, and the pressure may increase stress and the use of eating disorder behaviors to help cope.

8. Comorbid mental health conditions: anxiety, OCD, depression. Comorbid mental health conditions may increase the risk for the development of an eating disorder and challenges with finding an effective treatment for comorbid diagnoses. When I developed depression, my behaviors around food (i.e., lost appetite and apathy towards eating) were secondary to depression which then triggered an exacerbation of AN. Slight modifications in eating behaviors may seem like small issues. However, for people at risk of eating disorders, these small changes may be all it takes to send the person into a spiral.

9. Misconceptions associated with eating disorders. These are rampant in the military, medicine, and society at large. While too much to discuss, here, please see the previously published articles on KevinMD including but not limited to Dr. Trina Dorrah’s “The silent burden of shame,” and my articles “Eating disorders are mental health illnesses that don’t have a certain ‘look’.” and “Stop prescribing one eating disorder to treat another: Why under and overeating are not ‘opposite problems’.”

10. Mental health stigmatization. Military and medical cultures create an environment where individuals are more prone to suffer in silence due to mental health stigma, fear of losing their career, reputation, or a profound sense of shame. Additionally, when people do ask for help, it may be challenging to find a team trained to work with an individual with an eating disorder, and evidence-based treatment costs can be prohibitive. For more on those challenges from the perspective of my journey, please see the article, “Why it’s time to use our voices.”

While the list is not exhaustive, I hope it provides a foundation to stimulate further discussion. To reduce eating disorder risks and to support those who may be suffering in silence, we need to keep talking and promote awareness of the issues while clarifying long-held misconceptions about eating disorders. We can’t help those who do not feel able to speak up. We can’t help people that speak up and can’t access treatment. We can’t help when we constantly contribute to the problem through the cultures we create and perpetuate.

With awareness of these concerns, we must use our voices to improve the culture of medicine and the military, including combating harmful messages around weight that instill shame and avoidance while lacking evidence-based rigor to back up their claims.

We must reduce mental health stigmatization and the shame associated with asking for help. We must create psychological safety to talk about the hard things and end anyone’s suffering in silence.

The best time was years ago. The next best time is now.

A patient explains the reasons behind doctor hopping [PODCAST] 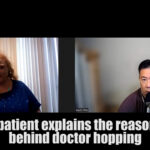 Patient platforms should be intuitive in design and execution 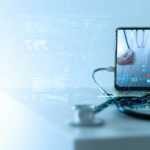