I have been privileged to work with and learn from some of the best. Skilled, talented, giving, compassionate human beings who support their patients and each other. I have been pulled up by nurses who saw more in me than I saw in myself. I have been mentored by them and am a much better nurse practitioner because of what I’ve learned from them. I’ve also had the privilege to mentor other nurses and watch them grow into amazing, gifted professionals.

This year, the week that should be full of nursing celebrations weighs heavy on me. As you may have heard in the news, we recently lost another nurse to suicide, but that nurse is just the one you heard about. You didn’t hear about the three nurses I know of who died by suicide in the last year and all of the other nurses whose deaths by suicide weren’t shared publicly. We also heard the news of a nurse convicted of negligent homicide for a medication error. She is now a convicted killer because she dedicated her life to helping others and, in the process, made a human mistake. A mistake she immediately realized and admitted to. These nurses represent the potential that lies in all nurses. We are all susceptible to making human mistakes. We are all, as a collective, struggling with mental health challenges as a result of over two years of unrelenting trauma, which was on top of what was already a very broken system.

Recent surveys of thousands of nurses revealed that 95 to 97 percent of nurses report they are experiencing burnout. The most recently reported suicide rates revealed the rate of female nurse suicide is twice that of the national average for women. Further, nurses are four times more likely to die by suicide than those working outside of healthcare.

This year, we should be having real conversations rather than badge pulls, cup cozies, beach blankets, lifesavers, or whatever other token gift nurses may be receiving for Nurses Week. Maybe we should be bringing in mental health professionals to help nurses cope better. Maybe we should be creating psychological safe zones that nurses can escape to during their workday, if even for a moment. And if hospitals choose to ignore the survey numbers that have come out showing that up to 97 percent of nurses are reporting they are burned out and don’t do something to help the collective mental health of nurses, they are complicit in mistakes that may be made. They are complicit in patient deaths by human mistakes, and complicit in every nurse suicide. A burned-out stressed brain cannot function to the best of its ability. Mistakes will happen. If hospitals do nothing to improve the mental health crisis of nursing, they should be held accountable just as much as a school that doesn’t stop a bully is held accountable when a student dies by suicide as the result of being picked on.

It saddens me that the number one way I mentor nurses now as a psychiatric/mental health nurse practitioner is by mentoring them through mental health challenges. I coach them through deciding if they should stay in the field or not. I help them process the trauma they have experienced and help them learn to overcome the post-traumatic stress disorder they are living with. I have helped far too many dismantle their suicide plans. Gratefully, I have also seen miraculous healing among nurses who have committed to returning to their own light and finding a way out of the darkness our profession and other life challenges have put them in. It’s hard to help a nurse be a better nurse when the nurse doesn’t know how to help themself, let alone help others. It’s hard to compliment a job well done when it is at the expense of the human being doing it and that human being is traumatized.

I still love being a nurse. Nursing is in my blood. I believe in helping the whole human heal – body, mind, and spirit, and I believe that no one understands this as well as a nurse. So many have left the field because of the state the profession is in. However, leaving has not been an option for me because it was my life’s calling. I have had to seriously change the way I approach nursing, though. As someone who was almost part of the nurse suicide statistic, I had to take a step back and recognize that I needed to care for myself just as I was caring for my patients. That meant no longer working for systems that only serve to protect the bottom line and do not protect what should be their greatest investment – the nurses who are the heart and soul of the healthcare system.

On Nurses Week, do more than thank nurses. Ask them how they are. Offer support. Know that the nurse you’re talking to is likely part of the 97 percent, even if they don’t look burned out. We nurses have perfected looking “fine” so we can show up for you, be exactly what you need, and save countless lives. It’s time for someone to show up for nurses.

How the Judd family has honored their mother 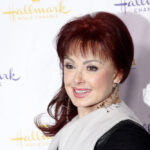