High on my list of favorite operations was surgery on the stomach: The anatomy is neat, the re-plumbing alternatives clever, technical challenges rewarding, and, because it’s well-supplied with blood, complication-free healing is pretty predictable. Also, several procedures were invented by and named for history’s pioneer surgeons, and it’s nice to feel the connection, heir to the discoveries and invention of the greats. Let me tell you about one of my favorite recipients of one of those favorite operations.

Already slight and small, Arthur A. had been diagnosed with stomach cancer, located where removing his entire stomach was necessary. He was a “whatever-you-say-Doc” sort of guy, but his wife was literally beside herself. Vibrating in such a way as to appear to be two people must be how the “beside herself” expression came to be. That’s what she was doing. “How can he live like that? He’ll starve to death! Look at him! How can I feed him? What can he eat? I can’t cook like that. What’ll I do? What’ll I do?”

It’s entirely reasonable, of course, to be shocked by the idea of an absent stomach, but she was letting my words bounce off without sticking, like tennis balls off a wall. I was telling her that most people, especially older folks, get along surprisingly well without a stomach, that he’d probably be able to eat whatever he wanted, but in smaller portions. There’d be no special diet. No absolute restrictions. He should try whatever sounds good to him, and we can see what works, modify if necessary. Boing, boing, my words came back un-received. But there wasn’t much choice; it’s what he needed, and as our meetings continued, I managed — calling upon my fabulous communication skills — to lower the vibratory amplitude. Relative calm prevailed.

The operation went fine, despite finding that the tumor had grown directly into the left lobe of Mr. A’s liver, requiring that I take a pie-shaped slice of it along with the whole stomach. The reconstruction techniques are part of why surgeons like being surgeons. The way I did it for him and most other candidates involved fashioning a sort-of neo-reservoir for food at the bottom of the esophagus, along with some intestinal rearrangement to restore continuity. It’s somewhat of a big deal, but it works. Lacking a particular hormone the stomach makes, people missing their entire stomach need monthly B-12 shots, but that’s the only certain nutritional requirement.

Arthur A. made an uneventful recovery and was ready for discharge in a quick few days. Stopping by his room for a final goodbye, I found his wife — who’d relaxed a bit as she watched him sailing smooth — wide-eyed and pale-faced, vibrating anew as a dietician instructed her on a “gastrectomy diet.” For which, because of my prior efforts with the wife, trying to preserve the peace, I specifically hadn’t asked.

Delicately as possible, I invited the dietician to join me in the hall, where I explained that this was exactly what the woman did NOT need; that I’d take care of the dietary management myself. Had anyone requested the visit? No, she said. She’d just noted that the man had had a gastrectomy, and had taken it upon herself — per some protocol or other — to make the connection. I explained the peculiarity of the situation while she nodded nicely; then returned to the room, taking up where she’d left off, as Mrs. A. levitated to the ceiling.

Unsurprisingly, this sat unwell with me, and there were subsequent, uh, communications. It’s my parenthetical opinion that there are many extremely useful services provided by many excellent professionals attached to a hospital. And they should be used. When invited. Carved-in-stone protocols can, on occasion, be counterproductive. But I digress.

After the dietician left, I managed to restore trust that he’d be OK at home, and off they went. At subsequent post-op visits, Mr. A. continued his uncomplicated recovery. His wife, too. And how did he do with his extensive cancer and complex surgery? Two answers: first, about ten years later, I removed his gallbladder. Second: around a year after the gastrectomy, my wife and I were eating at a local steak joint. Couple of tables away was Arthur, doing justice to a New York strip and a baked potato, as his wife, calm and cool, did likewise. They had dessert, too.

The doctor as a patient: a view from the other side 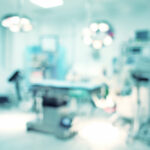 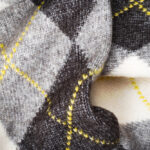